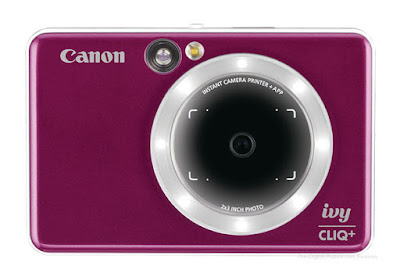 MELVILLE, NY, March 28, 2019 – Instant gratification – it’s what we crave – so take your pick from the more than one trillion photos taken in 20171 and print and stick ‘em! Canon U.S.A., Inc., a leader in digital imaging solutions, is excited to announce the next generation within the IVY product lineup, the IVY CLIQ+ Instant Camera Printer + App connectivity and IVY CLIQ Instant Camera Printer. The new IVY products are lifestyle products for the everyday photographer who wants to snap and print stick-able memories – in an instant.

“IVY, though tiny in size, has made a big impression this past year among Gen-Z and Millennials who have a passion for taking photos, expressing their individual style and instantly printing and sticking their moments,” said Kazuto Ogawa, president and chief operating officer, Canon U.S.A., Inc. “We are excited to bring these everyday innovations to younger generations as a medium to channel their creativity and share with family and friends.”

Don’t fret – there is no shame in your picture snapping-and-printing game. Boasting an eight-megapixel2 camera, the CLIQ+ Instant Camera Printer + App connects via Bluetooth4 to the Canon Mini Print app3, which features a variety of photo design options such as filters, photo frames and text to provide a multitude of opportunities to create fierce photos. Through the app, users can also customize their experience by recording their own on/off and shutter sounds. Users can even set up remote shooting for the ever impressive group photo. Adding a pop of color to everyday life, the CLIQ+ is available in colors such as Pearl White, Sapphire Blue, and Ruby Red and includes fresh features such as 2x2 and 2x3 printing options. Don’t forget – momma said, “sharing is caring” and with the CLIQ+’s reprint option, users can print one photo for themselves and one for a friend. For further shooting flexibility a Micro SD card slot is available along with a selfie mirror surrounded by a glowing light ring of either four or eight LEDs, providing the right amount of glow-up to make the user’s photo pop.

‘Cliq’ and print: it’s an easy two-step process with the new five-megapixel2, automatic-flash IVY CLIQ Instant Camera Printer, which is available in colors such as Bumblebee Yellow, Seaside Blue and Lady Bug Red. This new instant camera can print 2x2 or 2x3 stickers and when the ideal moment presents itself, the selfie mirror helps ensure the insta-worthy snap is perfectly positioned. The CLIQ also has a Micro SD slot, allowing users to upload photos to their laptop or PC for future projects.

Additional product features of both the CLIQ+ and CLIQ instant camera printers include : 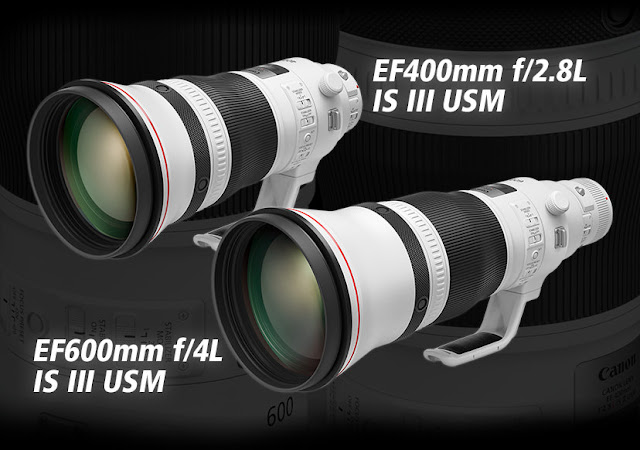 Thank you very much for using Canon products.

We would like to inform you of the firmware for the interchangeable lens “EF 400mm F2.8L IS III USM” and “EF 600 mm F4L IS III USM” for SLR cameras, which will be released soon.


The following fixes will be incorporated into the firmware (Version 1.0.8), which will be released soon.

How to avoid this phenomenon


Canon, in cooperation with Miyazaki Prefecture, has produced a new, ultra-high-resolution 8K video highlighting some of the prefecture’s most iconic sightseeing locations and cultural elements. The project, entitled “Origins of Japan’s Mythology,” aims to promote tourism to Miyazaki and to preserve its natural beauty and cultural heritage. Using a Canon 8K camera equipped with the Company’s rich lineup of EF Cinema Lenses covering the full range from wide-angle to telephoto, this video features such scenes as Takachiho Shrine and ritual Kagura dancing, Amanoyasugawara cave and sake making at a brewery in the town of Hinokage. Watch the video and experience the majesty of Miyazaki in exquisite detail!

“Of the six days we spent filming, we only had clear skies for one. But we were still able to capture the full range of Miyazaki’s graceful beauty in 8K, from Amanoyasugawara cave against the backdrop of faint rain to droplets forming outside Amanoiwato. Then on the final day, the sun finally emerged and we witnessed a miraculous sea of clouds from our vantage point at Kunimigaoka. The sublime sight of gentle drifting clouds and the soft glow of the sun is enough to take your breath away, and I feel we fully captured this in our 8K content.

“Canon’s 8K technology not delivers not only extremely high resolution, but also high dynamic range and rich color expression. And with the ability to record in 8K RAW, we could represent our subjects with more true-to-life visuals. Finally, thanks to the ease of scaling our existing 4K equipment to accommodate our workflow, we were able to film without any trouble. I hope our work will allow even more people to experience the beautiful scenery of Miyazaki.”

Canon is leveraging its proprietary optical and image-processing technologies to develop a full lineup of 8K equipment spanning input to output, including cameras, lenses and displays. The 8K camera used to record this content is equipped with a Canon-developed 8K image sensor that realizes ultra-high resolution of 8192 x 4320 pixels—16x that of 2K—high-precision HDR and a wide color gamut. All of this makes possible the capture of footage with quality, presence and immersion that’s like seeing with the naked eye. In addition to hardware, Canon is pursuing development of such fully immersive experiences as the Free Viewpoint Video System, which gives viewers the feeling of watching an event in person. Going forward, Canon will continue striving to develop and deliver new visual solutions and experiences.
No comments: 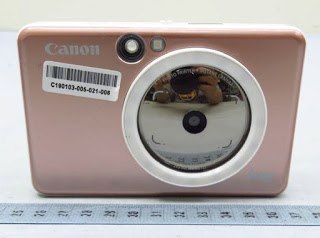 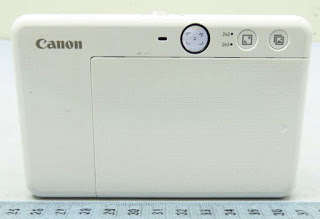 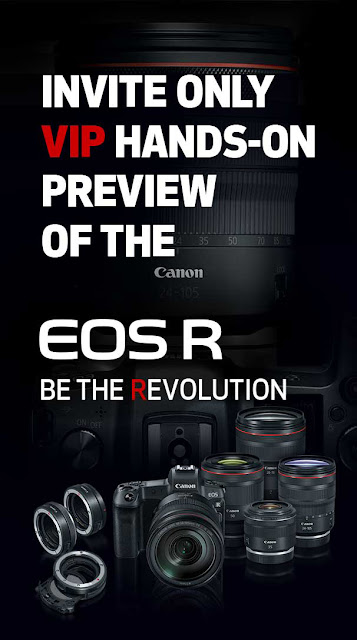 Canon announced the EOS R and the EOS RP cameras, featuring the newly designed RF mount in the last few months. You can download the whitepaper on this new body here. I was invited by Canon to a hands-on demonstration of the production camera on September 9.

My readers know me as The Wildlife Ho-tographer. I have been using Canon gear for over 30 years. You can follow my travels on Facebook, Twitter and Instagram, see my equipment bag and works on MichaelDanielHo.com

As you know Wildlife Photography is very different from other forms of photography. It is tough enough to find and keep up with the wildlife. There is no time to fumble around with camera buttons while trying to keep one's eyes on the action once it is located.

The EOS-R's button layout and functionalities are so different from my bread and butter cameras (EOS-1D X Mark II, EOS-7D Mark II, EOS-5Ds, EOS-5D Mark IV) they require a major effort to familiarize and master. The payoff is not worth the effort for me. I have expressed my feelings on how Canon can make a successful full frame mirrorless camera suitable for professional wildlife and sports photographers.

Sadly, the EOS R and EOS RP do not do fit any of my requirements except the feel and EVF of the camera is good. As expected, the pro model of the EOS R may be announced some time in the last quarter of 2019 to compete with the Sony A9, Nikon Z7, Panasonic S1 R, etc.

My question to Canon is - Why be a Johnny-come-lately follower rather than an industry leader?

There is NO technical reason why Canon cannot make a full frame mirrorless camera that resembles the EOS-1 body and uses the EF native mount. It is totally doable. The compromise is made because the marketing department thinks more photographers will prefer a lighter, smaller camera - one of the main selling points of the mirrorless camera to begin with.

In a recent interview with the French photography site, Lens Numériques, Messrs. Mineo Uchida, Masato Seita and Shingo Hayakawa, (the people in charge of the EOS-R camera development) replied, when asked about IBIS (In Camera Image Stabilisation), one card slot and cropped 4K video :

"Yes, we are aware that mechanical stabilization is an important demand from the users, but considering the positioning of the EOS R, we decided not to integrate the IBIS […] because our priority was compactness. The compactness we wanted to have was not compatible with such a system. But of course, in the future, we will be able to answer them.

This is our first model. We still have room for improvement. For the memory location, it is a question of compactness and priority for the photographers covered by the EOS R. We believe that one location is enough. And for the video, it’s the same answer. We believe that the intended target will be satisfied with the proposed modes."

Canon knows it is playing catch up to Sony in the high end mirrorless space. I hope they will not be distracted in spending too much time and money on beefing up the EOS-R line and delay some of their DSLR and EF lens upgrade. After all, the big prize - 2020 Olympics in Tokyo is just round the corner. How many pro photographers around the world do you think will be using the EOS-R to capture images of the games?

Over the next couple of years, one will hear all the wonderful new features and performance of the EOS-R and other full frame mirrorless cameras from the paid and 'unpaid' pundits, like superior 4K/near 8K video, in body image stabilization (IBIS), low light performance, unmatched ergonomics and mobility from a lighter body, etc.

The truth is many features and functionalities of high end DSLRs and Mirrorless will converge in the future until there is a almost a difference without a distinction. The real question is, how many photographers are ready to trade in or add another camera/lens combo to their current DSLR/lenses inventory.

The use of an adapter and the small size of the EOS-R prevent the new camera from functioning like the tradition EOS high end models. For those who like good performance and compactness wrapped in a small package, high end mirrorless cameras may be your solution. Personally, I am not willing to make this trade off to gain compactness and a little weight reduction.

Until Canon is prepared to offer a full frame mirrorless version of the EOS-1D X camera, I will continue to trade up to the successor of the EOS-1D X Mark II, EOS-7D Mark III, EF 400mm f/2.8L IS III, etc. as they become available. The EOS-R may find a home with serious landscape, nature and portrait photographers. For the casual mirrorless users, the EOS-M series of cameras will do an adequate job. I doubt many serious and professional sports or wildlife photographers will buy this or the 'pro' model coming in 2019 unless Canon make some major changes to the current EOS R model.
No comments: