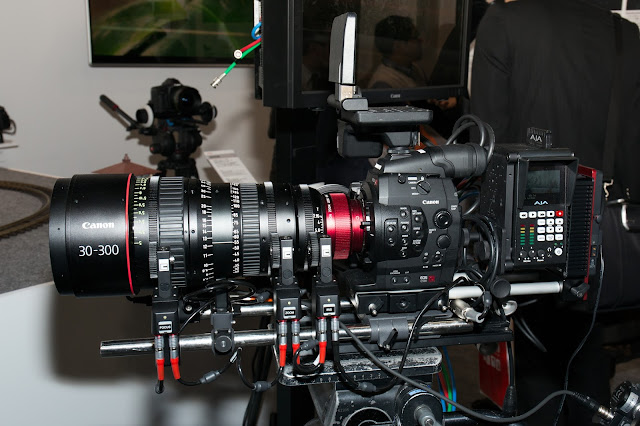 Sony announced their CineAlta VENICE 6K camera in September. Canon will most likely announce a 6K camera some time in the first half of 2018. The new camera may be known as the C900 and comes with a new, slightly larger than 35mm, 6K image sensor.

The NAB Show is in April and Canon may announce the new C900 camera around the same time. My readers will recall Canon showcased their 8K camera back in 2015 during the Canon Expo Show in NYC. They may be ready to showcase the camera and technology again in the Winter Olympics in PyeongChang, South Korea in February.