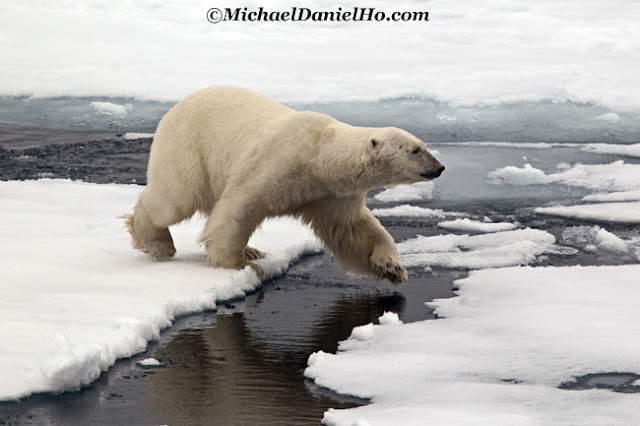 From Existence to Extinction is but a few steps. On this International Polar Bear Day, please help to preserve the Polar bear for future generations because Climate Change is real and the damages it cause is affecting both humans, wildlife and the environment.

There are 19 sub population of Polar bears in the world. They are the largest living land carnivore, with adult males growing to over 8 feet in length and some weighing close to one ton. The largest polar bear on record, reportedly weighing 1,002 kg (2,209 lb), was a male shot at Kotzebue Sound in northwestern Alaska in 1960. The dead bear, when mounted, stood 3.39 m (11 ft 1 in) tall on its hindlegs. There is also evidence the largest Kodiak Brown bears in Alaska can grow to about the same weight. 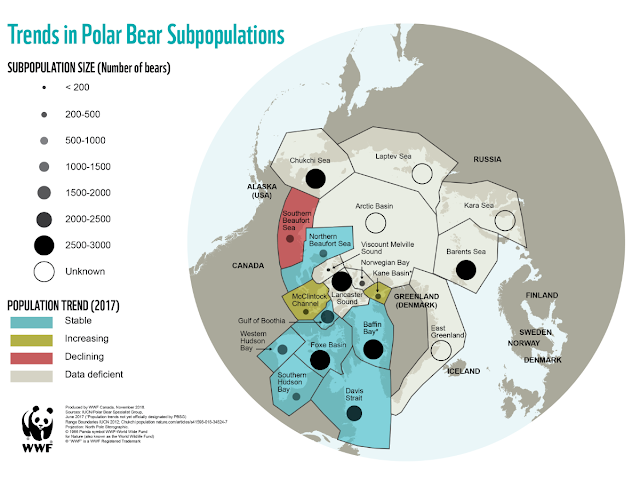 The Polar bear is immediately recognizable from the distinctive white color of its thick fur. The only parts of the body not covered by fur are the foot pads and the tip of its nose, which are black, revealing the dark color of the skin underneath the pelt. The neck of the Polar bear is longer than in other species of bears, and the elongated head has small ears.

Polar bears have large strong limbs and huge front paws which are used as paddles for swimming. The toes are not webbed, but are excellent for walking on snow as they bear non-retractable claws which dig into the snow like ice-picks. 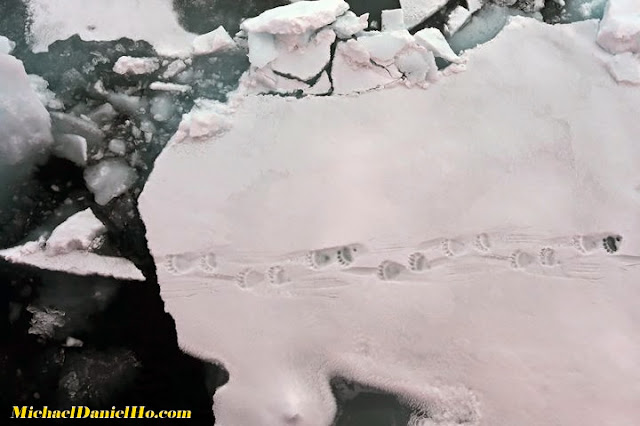 Females are about half the size of males, although a pregnant female with stored fat can exceed 1,000 pounds in weight. Polar bear cubs weigh about 2 lbs at birth. They look similar in appearance to adults, though they have much thinner fur.

Polar bears are found throughout the circumpolar Arctic on ice-covered waters, from Alaska to Canada, Greenland, Norway and Russia. The furthest south the Polar bears occur all year round is James Bay in Canada, which is about the same latitude as London. During the winter, when the ice extends further south, Polar bears move as far south as Newfoundland and into the northern Bering Sea. 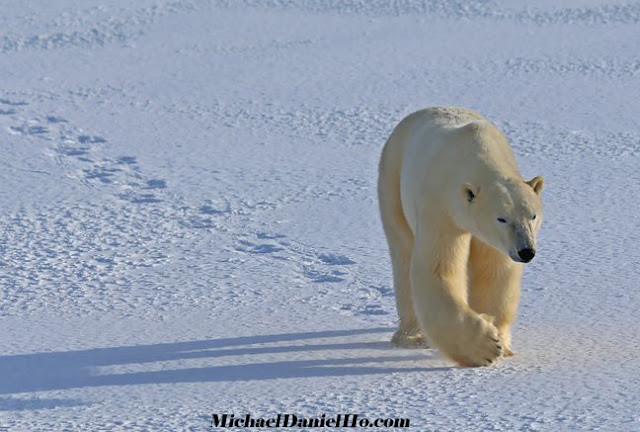