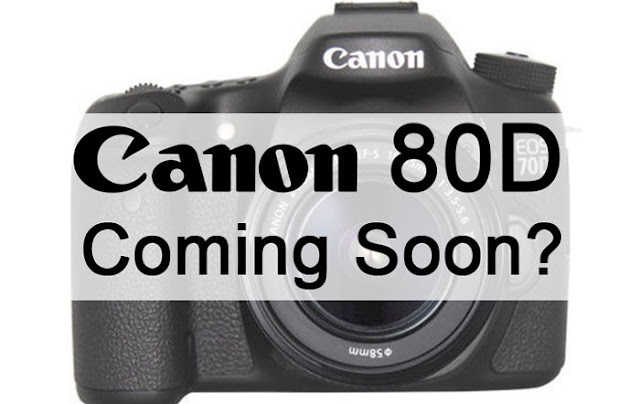 I have just gotten back from my Polar Bear Photo Tour in the Canadian sub Arctic. Trying to catch up on some Canon photo news when I was away. It was quite a productive trip. The weather was 'milder' than past years and I will be processing the photos when I have a chance to rest up and look at them.

Canon introduced the EOS-60Da in 2012. It is essentially an EOS-60D but geared towards the Astronomy segment of the photography market. Apparently, Canon may be ready to update this camera with the EOS-70Da. The specs will be similar to the EOS-70D but may be equipped with a slightly higher pixel sensor and larger buffer to handle the increase in data processing. The new camera may be announced in time for the Consumer Electronic Show in Las Vegas in January 2016.

The EOS-80D can be expected to debut some time in the first half of 2016. It may come with a mid 20MP sensor, a DIGIC 6 processor, Dual Pixel CMOS technology and improved video capabilities but no 4K video. I am waiting for the EOS-1D X Mk II and EOS-5D Mk IV to debut early to mid 2016 for my next DSLR purchase. Keep checking back for the latest information and development.