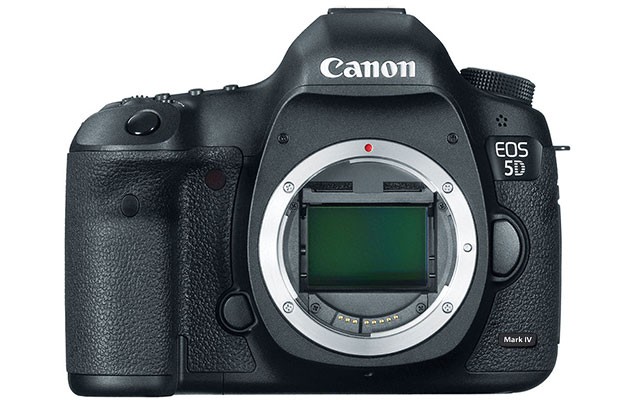 The EOS-5D Mark IV is Canon's most anticipated pro camera after the EOS-1D X Mark II because it promises a continuation of the highly successful EOS-5D line into a new decade. My latest information points to the camera coming with dual card slots - CFast 2.0 and the newer SDXC UHS-II, but it may also come with the CF and SD memory slots, like the Mark III.

There is supposedly a leaked image of the camera. In it, one can see a different pentaprism on top of the camera but the Mark IV lettering below the 5D makes me doubt the photo is real. It is possible and I am trying to get more information through my sources.

Canon is trying to keep the Mark IV's list price as close to the Mark III ($3,499) as possible but the appreciation of the Yen is making it very difficult for them. The EOS-5D Mark IV will be announced on August 25, in time for the Photokina Show in Cologne, Germany on September 20.

Below are the latest specs I have on the upcoming camera. I place a 50% chance the sensor and processor will be 30MP and DIGIC 7. Keep checking back. I am trying to confirm the specs below as the announcement is approaching.