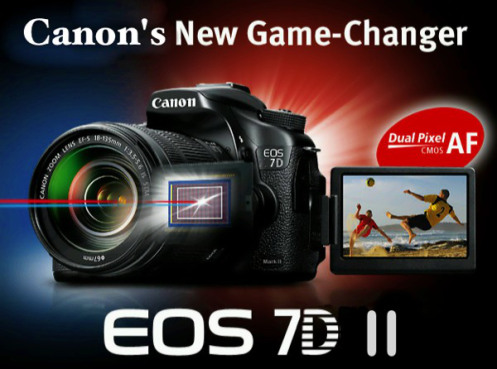 I will be going on another wildlife photography tour very soon. In September, I was in the high Arctic and this time I will be photographing Tigers and Asiatic Lions, plus other fauna in India. There are only about 500 of these magnificent animals left in the wild.

There are crazy rumors flying around saying the new camera will have a 30MP sensor and burst rate of 12+ fps, etc. Frankly, that is a lot of photography noise so early in the guessing game. I do not expect the Mark III to be announced earlier than late Q1, 2018 but the trend in the past few years has been to speed up the replacement cycle of higher end cameras.

My personal opinion is the Mark II is already a very good camera but a few improvements will make it an even better prosumer DSLR body. There is talk about an announcement some time in March 2018. Since the EOS-7D Mark III will have 4K video and possibly C-Log, a release date just before the big NAB Show in April in Las Vegas makes a lot of sense. Keep checking back as I receive the latest information.

Here are some possible specs for the EOS-7D Mark III :