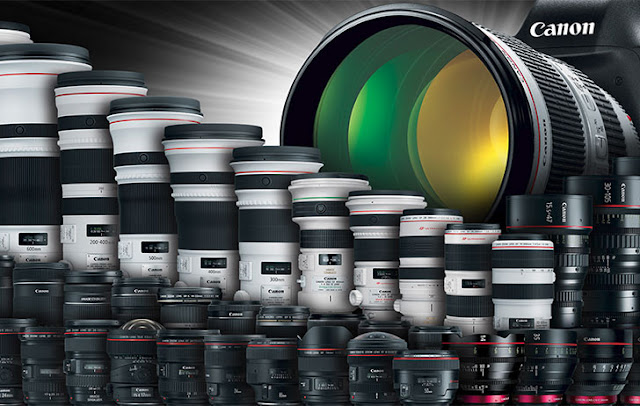 My readers know me as The Wildlife Ho-tographer, utilizing Canon equipment for over 30 years and traveling the globe on wildlife photo tours and how I feel about smartphone and mirrorless camera photography. You can follow my travels on Facebook  and Twitter , see my equipment bag and works on MichaelDanielHo.com.

The following article from Nikkei Asian Review puts it well why Canon has nothing to worry about the onslaught of smartphone and mirrorless cameras at this time.

TOKYO -- Quite a few photography buffs will tell you: The lens makes the camera. And for storied single-lens reflex camera manufacturers like Canon, lenses might be the secret to surviving the era of smartphone ubiquity, too.

The market for digital cameras peaked in 2010 and has been shrinking ever since. As smartphone cameras improve, fewer and fewer consumers see a need to lug around an SLR, or even a compact point-and-shoot. Shipments of single-lens cameras fell 11.1% on the year in 2016, by volume.

In response, camera companies are looking for a new niche, with features not found in smartphone cameras. Lenses -- from super telephoto models to ultrawide angles -- offer the manufacturers myriad ways to differentiate themselves.

Over three decades, Canon has produced more than 130 million EF (Electro-Focus)-mount lenses for its SLRs, carving out a leading market share in Japan. The country's lens market has been shrinking since 2012, but this year it is expected to return to growth, and Canon is once again asserting itself with a wide variety of products.

Even as the domestic lens market was declining, Canon continued to ramp up production by 10 million units a year, on average. Total output of EF lenses surpassed 50 million units in 2009 and 100 million in 2014.

With an adapter, EF lenses can also be used on Canon's EOS M line of mirrorless cameras -- an increasingly popular type.

In 2015, Canon introduced an 11mm lens -- the widest angle in the world. All told, Canon controls 24% of the Japanese lens market, in terms of the number of products in use, according to statistics research company BCN released with its BCN Award 2017. That is nearly 10 percentage points higher than the 14.3% slice held by second-ranked Sigma.

Sigma and Tamron do give Canon a run for its money, but so far it has managed to fend them off.

Canon's reputation as an innovator keeps customers coming back to its lenses. In 1995, it became the first to introduce lenses equipped with image stabilization, which compensates for blur arising from shaky hands. In 2001, Canon introduced lenses that use laminated diffractive optical elements, leading to smaller, lighter models. And in 2015, the company wowed photographers with an 11mm ultrawide-angle lens that captures nearly the entire field of human vision in one shot.

This is a technological edge Canon is likely to continue to sharpen, in this age where everyone has a camera in his or her pocket.