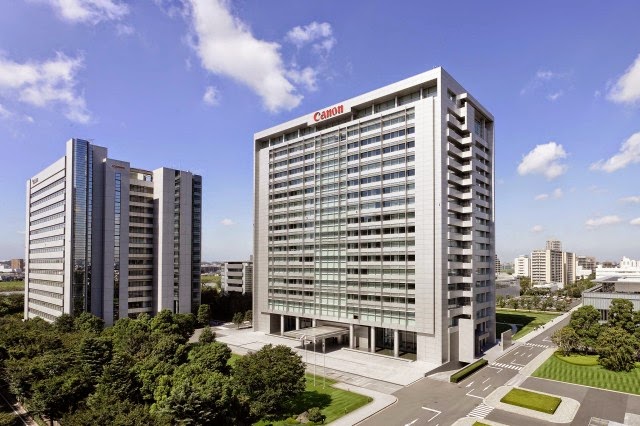 The Japanese Yen has been depreciating in the last year or so against major currencies like the Euro and US Dollar. This is by design of Mr. Shinzo Abe, the Japanese prime Minster and his government, to stimulate the economy by giving exporters a more competitive environment to sell their products abroad. The Bank of Japan eased monetary policy in October to weaken the Yen and support the government's policy of re-inflating the Japanese economy.

The drop in the Japanese currency is a double edge sword. It has raised costs for firms with manufacturing facilities overseas and those dependent of raw material imports for their operations.

Canon will be slowly bring back overseas production capacity from other parts of Asia to Japan. Mr. Masaya Maeda, Managing Director and Chief Executive, Image Communication Products Operations at Canon, has pointed out that Canon is the only company where digital cameras are assembled 100% in-house : sensors, software, image processors, and lenses. This will be joined by bringing home some components and assemblies currently being manufactured in other parts of Asia.

Canon is planning to increase domestic production to 60 percent of overall output in three years, up from the current 40 percent. Canon spokesman, Hirotomo Fujimori announced, "From now on, new copier, camera and printer products will be built at domestic factories and as they replace older products, the volume of goods made overseas will fall."