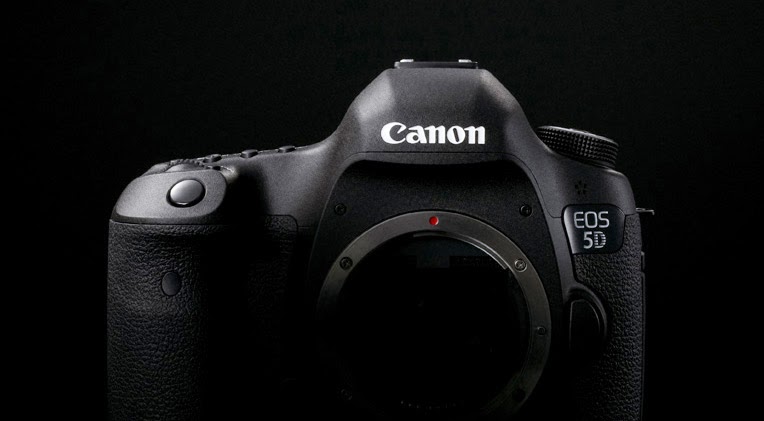 Additional EOS-5D Mk III camera replacement rumors have surfaced. Some are indicating the EOS-5D model may split into 2 branches - EOS-5D MK IV and EOS-5DS, not unlike the EOS-1 Series a few years ago.

The EOS-5Ds may have a 50+MP sensor and perhaps, with the addition of an AA filter, not unlike the Nikon D810 and D750, announced last year. The EOS-5D Mk IV will get a slightly higher MP sensor and presumably a faster burst rate as well, and should appeal to photographers desiring a high megapixel, full frame frame camera with a burst rate faster than the current 6 fps, but nowhere approaching the speed of the EOS-1D X (up to 14 fps).

There is probably an even chance this might happen and I am not too enamored of the idea. Personally, I think Nikon is launching too many full frame camera models and diluting their impact. Canon should not follow in that pursuit. A split of the EOS-5D line into two will inevitably go down the same path as Nikon.

In my opinion, in the next few months, Canon should launch the EOS-1D X Mk II with a higher pixel sensor in the low 20+MP range and retain the burst rate of at least 12 fps. This will give wildlife photographers like myself more pixels to work with when I crop the images since the EOS-1D X is a full frame camera with a sensor of  'only' 18MP. This is one of the few 'criticism' I have of the camera.

In addition, bring out the EOS-5D Mk IV with the megapixel sensor of 50+MP and stuff it with high end features and build quality approaching the EOS-1 series and price it below $5,000 . This will give photographers who craved the successor of the retired EOS-1Ds Mk III something to look forward and upgrade to. Then, perhaps towards the last part of 2015 or early 2016, an additional model with the filter option can be offered, depending on user requirement. This will give photographers time to digest the impact of the new models and not be overwhelmed by the myriad choices confronting them.