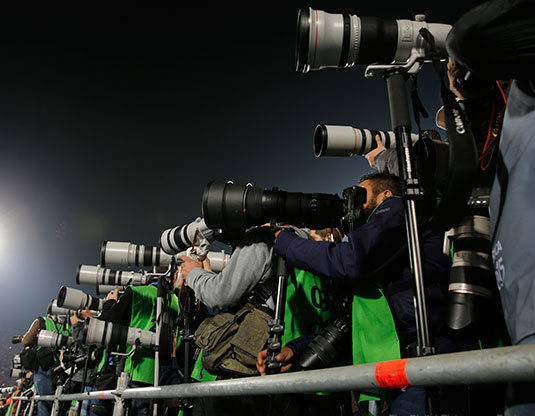 The Canon EOS-7D Mk II and EOS-1DX are my picks as the best APS-C and full frame cameras for sports and wildlife photography. Their replacement, EOS-5D Mk IV and EOS-1DX Mk II will be announced later this year or early 2016. You can see what's in my equipment bag and my works on MichaelDanielHo.com

“We’re proud to know that nearly 90 percent of professional photographers chose Canon equipment to capture exciting moments during Copa America,” said Yuichi Ishizuka, president and COO, Canon U.S.A., Inc. “And we were happy to be on site providing service and support to these professionals if and when they needed it.”

Canon knew our professional camera users would be out in force, and so we committed to supporting the pro shooters who use our products, by providing onsite service and support to the photographers and broadcasters using our cameras and lenses to capture the iconic moments of Copa America.