I pay little attention to lab results and analysis of cameras. Rather, I let the real world performance of the equipment be my guide. The EOS-5Ds and EOS-5DsR cameras are not suitable for my needs in wildlife photography. I am waiting for the EOS-5D Mk IV and EOS-1D X Mk II coming out later this year.

For those interested in learning more about the cameras, Canon CPN Europe has put out an extensive technical introduction of the pair of 50MP, full frame DSLRs.

Recently, DxOMark completed their sensor analysis of the new cameras. Below is an except from their findings :

"Boasting an unprecedented 50.6Mp resolution, the EOS 5Ds and 5DsR offer a unique DSLR shooting solution. What’s more, our industry standard tests have shown these are the best sensor results yet for a Canon chip, with the 5Ds cameras offering a small step up for image quality against other full-frame semi-pro models such as the EOS-6D and EOS-5D Mk III. Our measurements show that there’s very little difference between the 5Ds and 5DsR sensors, but we’ve seen both models post better scores in print results compared to those on screen.

As usual, the best scores are recorded at each sensor’s base ISO setting, and here the 5Ds sensors are a little off the pace against the best chips we’ve analyzed (in the Nikon D810 and the Sony A7R). This is particularly true for Dynamic Range, where the Nikon and Sony models boast around a two-stop advantage at base ISO, although the gaps narrows as sensitivity is increased.

With its massive resolution and best results in print, the EOS-5Ds and EOS-5DsR are great solutions for photographers shooting at low ISO sensitivities for large scale prints." 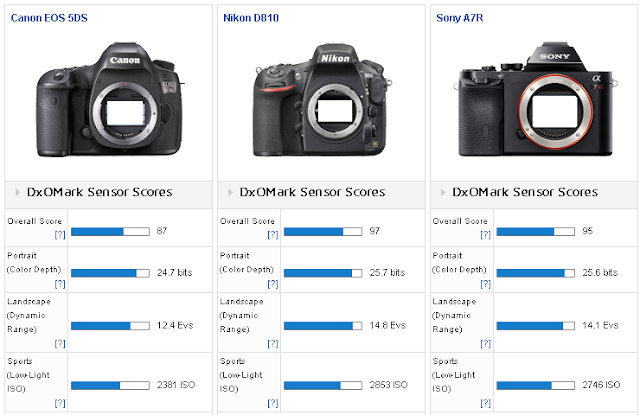 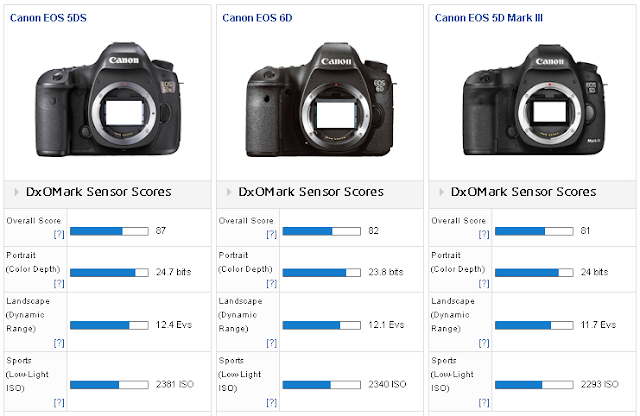