I am off to Alaska for another wildlife photography shoot. Within the State of Alaska, one can see all three species of Ursus, namely Black, Brown and Polar Bears, majestic Golden and Bald Eagles, many different species of birds (including hummingbirds) and exciting whale species, like the Blue, Humpback, Bowhead, Killer whale, Beluga, other cetaceans, pinnipeds and many other mammal species.

Alaska has been one of my favorite wildlife shoots for many years and I have met many visitors from all over the world, especially Europe and the United Kingdom. My recommendation for them is to prioritize the species they would like to see before focusing on where to capture their images.

Black and Brown bears can be found from Ketchikan in the south, all the way up to the Brooks Range and other mountains in the southern Arctic region. Some great spots to see and photograph them are in the Tongass National Forest, near towns like Ketchikan, Wrangell, Hoonah and Haines. Kodiak Island and the Katmai National Park are prime locations to see the Kodiak Brown bears. Polar bears can be found near towns like Barrow, Wainwright and Kaktovik, deep in the Arctic Circle.

The Alaskan coastline offers many opportunities for whale watching, especially the waters around Juneau, Seward, Kodiak, the Inside Passage and Icy Straits. Bald and Golden eagles are quite prevalent with the former rather ubiquitous around towns close to the water. 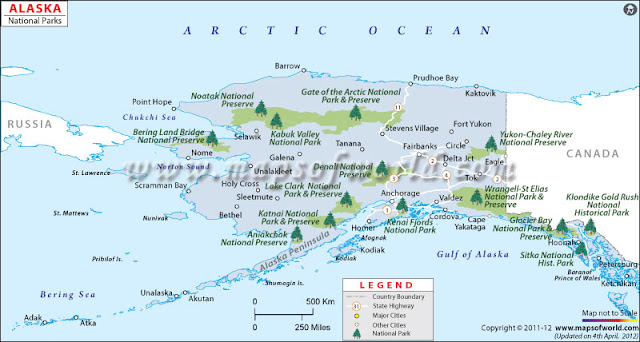 The state of Alaska is big - over 663,000 square miles. It is about twice the size of Texas, over three times the size of California and about seven times the size of the United Kingdom. Although Alaska is home to lots of glaciers and snow, the summer months can be pleasantly warm, by Alaskan standards, of course. Protected by the Chugach mountains, the Alaska Range, and warmed by Pacific Ocean currents, Anchorage, the largest city in the state, has a temperate maritime climate. Summer temperatures can reach into the high 70s. Low humidity also contributes to Anchorage's comfortable climate. However, temperatures can vary greatly depending on the region one may visit. Therefore, careful clothing selection is important to anticipate the unexpected.

Will try and stay in touch and update this blog, if possible while I am on the road. You can follow my travels on Facebook and Twitter and see my works on MichaelDanielHo.com