The History Of Canon's EF Lenses 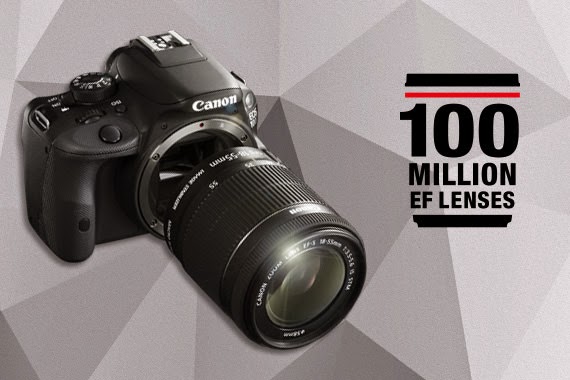 In April 2014, the cumulative production of Canon’s “EF lenses” broke the 100 million record. How did the new mount system win the trust of photographers with mechanical control completely eliminated from the traditional FD mount? This article tells you more about the history of the evolution and the expectations from different photographers.

In March 1987, Canon released the “EOS 650”, the first Canon camera that was built in with a professional AF system. This also marked the birth of the EF lenses. I can still recall that prior to the launch of the EOS series, the biggest concern among Canon users was whether Canon would make changes to the existing FD mount standards. Until then, the FD mount adopted by Canon cameras before the EOS series had commanded tremendous support among both professional photographers and advanced amateurs.

The view of the majority was that developing an AF system was unlikely to necessitate a change in the mount standards. However, contrary to the popular anticipation, Canon chose to break away from the traditional FD mount with the adoption of a brand new EF mount standard for its EOS series. This decision led to distress among users who possessed a large number of FD lenses, some of whom even saw it as an act of “betrayal”. Today, many years after its launch, it is almost impossible to find any user who would disagree that the decision made by Canon then was correct.

Read the rest of the article on Canon Asia's website.

In April 1991, three TS-E lenses (24mm, 45mm, and 90mm) were released, all of which were built in with a shift mechanism in addition to tilt control. The greatest breakthrough, however, was the introduction of an automatic aperture control system on a tilt-shift lens for the first time. For tilt-shift lenses, which allow bending of the optical axis, it was difficult to move the aperture system mechanically from the camera body. Until then, the conventional practice was to set focus at the maximum aperture and perform the necessary tilt-shift adjustments before stopping the aperture down manually to the desired value.

The TS-E lenses, in contrast, employ an “Electro-magnetic Diaphragm (EMD)”, which is equipped with an actuator on the lens for driving the aperture, thus enabling automatic aperture control even when the lens is tilted or shifted. When manual aperture adjustment was necessary, I often forgot this step during shooting, and ended up with significantly overexposed shots. Such blunders no longer occurred with the automatic aperture control of the TS-E lenses.

This has been made possible, thanks to the adoption of a fully electronically-controlled mount with mechanical control fully eliminated on the lens mount. While beginners in photography might not be familiar with the TS-E lenses and the tilt-shift function, they are essential items among professional photographers specialising in architectural, interior, or merchandise photography. The effort to include such lenses for the niche market in the EF lineup is one of the reasons why professionals place great trust in Canon’s products.

Read the rest of the article on Canon Asia's website.