I am off on a wildlife photo shoot in the Pantanal, Brazil. Brazil is the largest country in South America and shares a common border with every South American country except Chile and Ecuador. Brazil comprises almost half the South American continent (47.3%), has a population of over 200 million and is the fifth largest country in the world, after the Russian Federation, Canada, the United States and China. The Equator line crosses Brazil at the Northern region; the Tropic of Capricorn crosses the country at the Southeastern region. 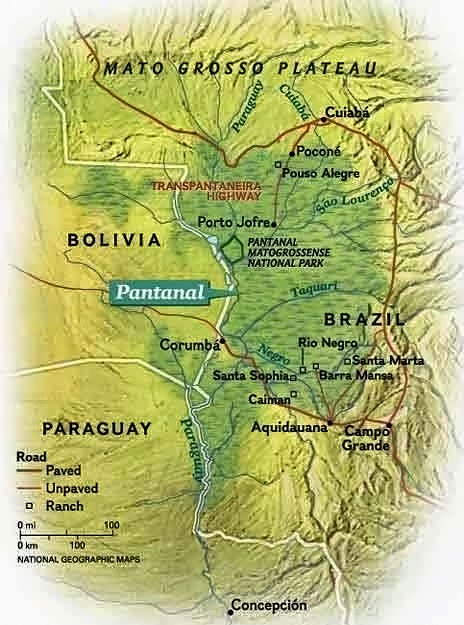 The Pantanal is located in the Center West region of Brazil. “Pantanal” is a Portuguese word for marshland and is considered the biggest swamp area of the world. It covers an area of between 54,000 to 75,000 square miles, in the states of Mato Grosso, Mato Grosso do Sul and areas of Paraguay. It is listed by UNESCO as a World Heritage Area. About 650 different species of birds, 80 of mammals, 260 of fish, and 50 of reptiles live there. This region is similar to the U.S. Florida's Everglades.

The Jaguar (Panthera onca) is a big cat belonging to the Panthera genus, and is the only Panthera species found in the Americas. It ranks third in size after the tiger and the lion, and the largest cat in the Western Hemisphere. The Jaguar's present range extends from Southwestern United States and Mexico across much of Central America and south to Paraguay and northern Argentina. Apart from a very small population in Arizona (southeast of Tucson), the cat has largely been exterminated from the United States since the early 20th century. 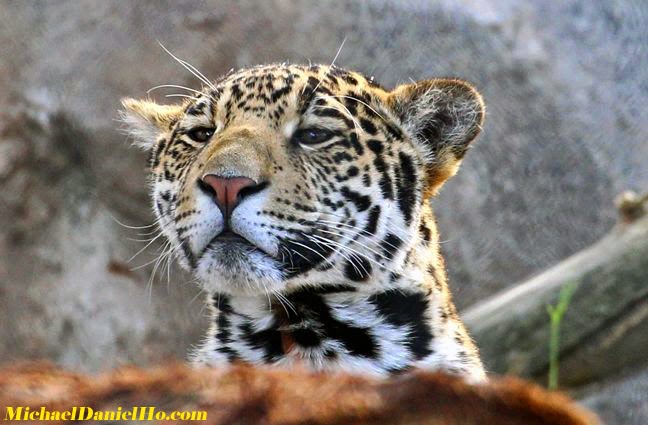 It is a spotted cat that is often mistaken for a leopard. Jaguars are usually larger and of sturdier build and its behavioral and habitat characteristics are closer to those of the Tiger. While dense rain forest is its preferred habitat, the Jaguar will range across a variety of forested and open terrains. It is strongly associated with the presence of water and is notable, along with the tiger, as a feline that enjoys swimming. 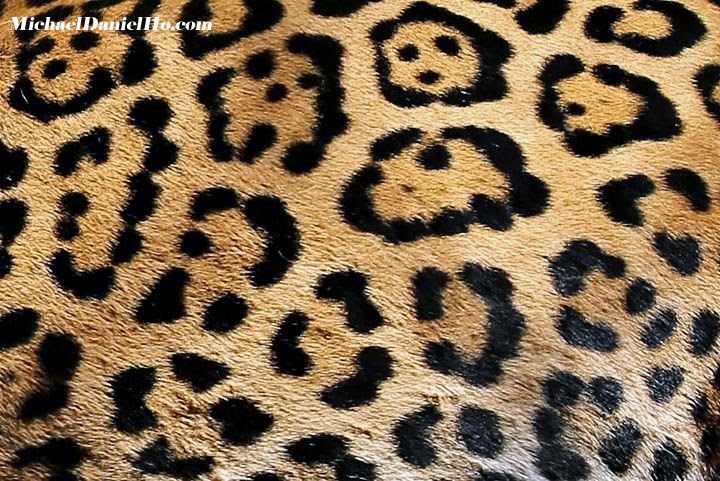 The female Jaguar can weigh anywhere up to over 200 pounds while the much larger males have been recorded to weigh as much as 350 pounds. They can range in length up to 6.5 feet, from the nose to the base of the tail and stand about 2 to 2 1/2 feet tall at the shoulder.

Jaguars are apex predators and largely a solitary, opportunistic, stalk-and-ambush hunter.  They have an exceptionally powerful bite, relative to the other big cats. Unlike other big cats that kill by strangulation, Jaguars kill their prey by biting directly through the skull of their victim to deliver a fatal blow. Their diet even include caimans (South American crocodiles).

The Jaguar is a near threatened species and its numbers are declining. Threats include loss and fragmentation of habitat. While international trade in Jaguars or their parts is prohibited, the cat is still frequently killed by humans, particularly in conflicts with ranchers and farmers in South America.

Bringing my trusted duo, Canon EOS-1D X and EOS-1D Mk IV cameras, together with the EF 200-400mm f/4L and EF 100-400mm f/4.5-5.6L lenses. I will not be able to write this blog till my return. You can visit my website MichaelDanielHo.com to see images from my worldwide photo shoots and follow my travels on Facebook and Twitter.