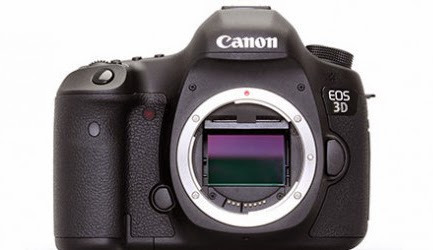 
A few days ago, I have reported Canon has all but confirmed their Mega Pixel camera will be coming out in 2015. This is probably the worst kept secret of the year but also known is, Sony and Nikon plan to introduced their 40+MP sensor as a follow on to their 36MP sensor found in the Nikon D800 and D810 cameras.

Speculation is ripe about what the new Canon camera will be called. Personally, I would prefer it to be a successor to the EOS-1Ds Mk III ($8,000 list price) but as Canon's pricing strategies have demonstrated in the last few years, the trend is to provide higher value at a lower price. The EOS-1D X ($6,799 list price) and EOS-5D Mk III (list price $3,099) are two cases in point. The 5D Mk III basically beats the 1Ds Mk III in almost all performance categories for less than half its price.

Nikon and Sony have been selling their 'mega pixel' cameras with the 36MP sensor for a few years without any response from Canon. As a leader in the industry, Canon will not be content just joining the race with their new Mega Pixel camera next year. My feeling is they may surpass their competitors in technology and wow the photography world with a sensor in the 50+MP range to lead the industry by setting the new standard. It may be called the EOS-3D or the EOS-5D Mk IV. If the new camera is dubbed the EOS-3D, it will revive an old name from the past, for those who can remember the film camera days.

Some have speculated the Mega Pixel camera might be the replacement for the EOS-1D X. This makes no sense to me since a sensor of 50+MP will dramatically lower the burst rate of the new camera, rendering it 'unsuitable' for professional sports and wildlife photographers to get fast action shots. The current burst rate of the EOS-1D X is up to 14 fps at full resolution of 18 MP. Nikon experimented with a hybrid system by giving the photographer the choice of having a 'faster' burst rate at a lower pixel count in the D7100 camera.  This ultimately proved to be an unsatisfactory way of getting faster frame rates with high megapixel shots. Canon realized this early and is one reason why they split the EOS-1 camera line years ago into the 1D and 1Ds. The former is primarily for sports and wildlife action photographers while the latter is generally for landscape, nature or wedding photographers. Then in 2012, Canon introduced the EOS-5D Mk III camera with a 22 MP sensor and a 6 fps burst rate, thus ending the era of the high megapixel reign of the EOS-1Ds Mk III. Keep checking back for the latest news and development. It will be an interesting 2015.

Thanks for the easy to understand, insightful analysis of the upcoming mega pixel camera. Some sites give such a terminology filled explanation that makes it boring and undecipherable to read.