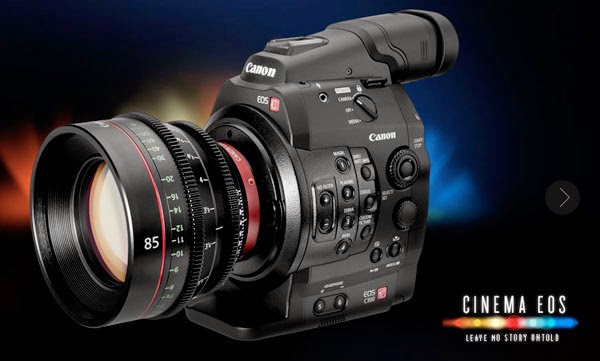 
The Canon Cinema EOS C300 camera received a firmware upgrade in November, 2014. All indications are the Mk II model, expected to be announced around the time of the NAB 2015 Show (April 11) in Las Vegas will come with 4K video. In addition, the upcoming EOS-5D Mk IV is also expected to be equipped with 4K technology as well.