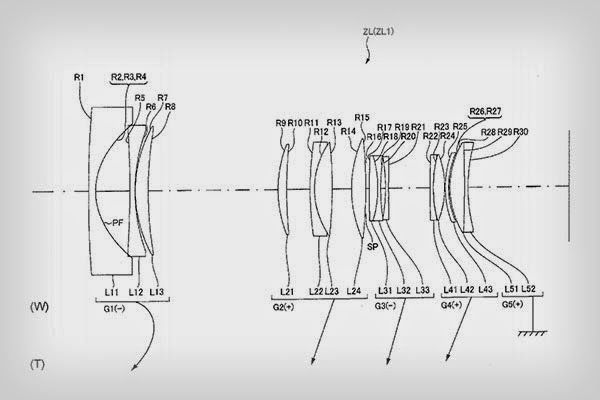 Apparently Nikon has seen the light and is trying to play catch up to Canon's Diffractive Optics lens lineup. A newly discovered patent shows a Nikkor 24-70mm f/2.8 lens with a Phase Fresnel element although it was filed back in May, 2014.

Fresnel lenses were originally developed by the French physicist, Augustin-Jean Fresnel for use in lighthouses. Unfortunately for Nikon, they have been surpassed by Canon since 2001, when the EF 400mm f/4 DO IS lens came out. Utilizing Diffractive Optics technology, the Canon glass is much lighter than other prime lens with the same focal length and speed.

I have owned this lens for over a decade and although it is not the sharpest in Canon's EF lens line up, the speed and versatility outweigh the disadvantage. Thankfully, Canon released the Series II version of this lens - EF 400mm f/4 DO IS II a few months ago. I have taken delivery and it is a big improvement over the original model. This is my favorite Super Telephoto lens for handheld wildlife photography. By the way, Canon has already patented more DO lenses for future developments.