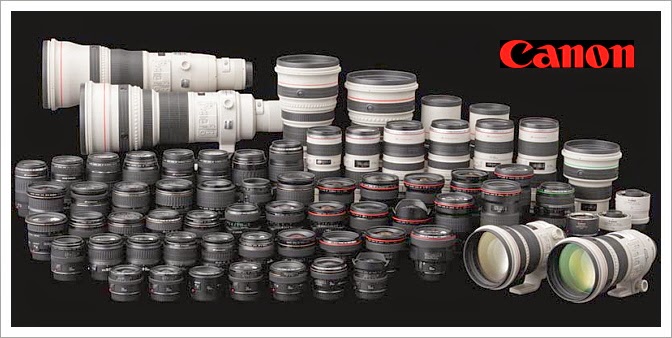 Canon Professional Network explains why their EF-L series lenses are different from other glass. You can read my recommendation for Canon wildlife and landscape photography lens.

Fluorite is a naturally occurring crystal that has three special properties that make it eminently suitable for use in lenses ? it transmits infrared and ultraviolet light well, has a very low refractive index and low dispersion.

What does this mean for your images? When light passes through a lens, it refracts. That is, it bends. It also breaks up into its constituent colors, just like light passing through a prism. The lower the refractive index of the lens material, the less it bends and the sharper it can be focused. Similarly, the lower the dispersion ratio, the less the light is broken up, which makes it easier to correct chromatic aberration. Unfortunately, fluorite in nature grows in very small crystals and is not suitable for use in photographic lenses, although even back in the 19th century, natural fluorite crystals were being used in microscope lenses.

To overcome these problems, Canon set about growing its own synthetic fluorite crystals in large enough quantities to create photographic lenses from them. The next hurdle was to grind the fluorite into lenses ? another challenge since fluorite is so fragile. The engineers at Canon developed a new grinding technique to ensure flawless fluorite lens elements. The downside is that it takes four times longer to grind a fluorite element than a glass element ? one of the reasons for the increased cost of an L-series lens. The results, though, are lenses that all but eliminate chromatic aberration, resulting in sharper images since the light is recorded as a point rather than a blur of colors.

In the early days, all lenses were spherical. They are the easiest lens shape to make, but are not best suited to rendering a sharp image as they cannot make parallel rays of light converge at the same point. This causes a problem called spherical aberration. Canon designers discovered that an aspherical (non-spherical) lens shape would eliminate these spherical aberrations, because the curvature of the lens could be used to converge the light rays to a single point. But knowing the theory is one thing ? achieving it in practice is quite another.

The degree of asphericity is so minor that special manufacturing processes were created to stay within the 0.1micron tolerance. Measuring the curvature requires even greater accuracy. It was not until 1971 that the first SLR camera lens with an aspherical lens element was produced. But it was not perfect. In fact, it took another two years before manufacturing techniques reached the levels required to really achieve large gains in image sharpness.
Aspheric lens elements manufactured today are so accurately ground and polished that if the degree of asphericity is even 0.02micron (1/50,000mm) away from ideal, the element is rejected.

The emergence of UD glass and Super-UD glass came after Canon had successfully incorporated fluorite into some of its lenses. Using optical glass, rather than fluorite, to correct chromatic aberrations, is more cost-effective, so Canon directed its research into high-performance lenses manufactured from ordinary optical glass.

UD glass is similar to fluorite in that it features a low refractive index and low dispersion. Although it is not quite as good as fluorite, its performance is significantly better than ordinary optical glass. So by using UD glass Canon has been able to manufacture a range of lenses with superior performance and at a lower cost than before.

In several L-series lenses, both UD glass and fluorite lens elements have been combined to produce optimum results. With the continued increase in resolution of digital cameras, demands on lenses are increasing. It is likely, therefore, that UD and fluorite elements will be incorporated into a greater number of lenses, from wide-angle to super-telephoto.