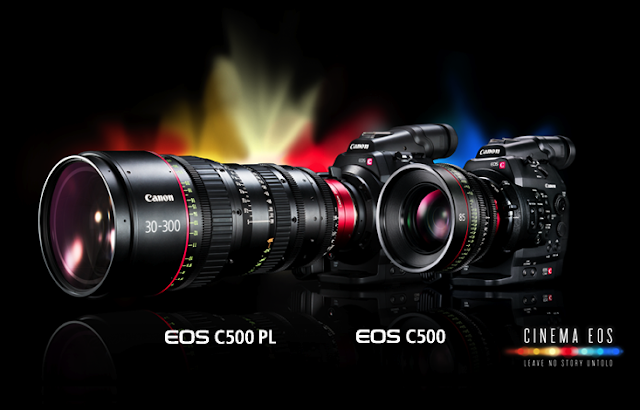 Canon showcased their 8K camera and display at the Canon Expo in September, 2015. The test camera is already out in the wild and the Cinema C500 Mark II camera will feature this new 8K technology. It may be released some time in the second half of 2016.

Frankly, I think this one-upmanship, number chasing game should stop. Nikon announced their D800 36MP camera in 2012. It was the megapixel champ at the time. Then Canon came out with the 50MP EOS-5Ds and EOS-5Ds R cameras to retake the crown. Then a few days ago, Phase One announced a 100MP Medium Format camera. But Canon already has 120MP and 250MP sensors ready for the next round.

Sony started announcing 4K video and a7 mirrorless cameras back in 2013 and 2014. Now Nikon announced their top-of-the-line DSLRs, the 4K equipped D5 with a claimed ISO of 3.28 million. Of course, this is to chase (at least on paper) the remarkable Canon ME20F-SH camera that can see in the dark and shoot at over ISO 4 million plus.

Canon will respond with their EOS-1D X Mark II soon, perhaps in February. This silly game reminds me of the car manufacturers. One boasts their top-of-the-line sports car has 500 horsepower and does 0 to 60mph in 4.0 seconds, only to be 'eclipsed' by the next company's claim of a 525 horsepower car doing 0 to 60 in 3.89 seconds. The silly season of playing the numbers game by the marketing departments must end. Most photographers don't care, let alone need features like a 75MP sensor, ISO 3280000, 8K video, etc.

No one single number can make one piece of equipment superior to all the rest. In my opinion, in wildlife photography, a weather sealed camera with a full frame, mid 20MP sensor that can shoot in native ISO 12800 with little noise, an advanced AF system with all cross-type 75 focus points and 12 AF points @ f/8, plus a burst rate of 12 fps is adequate. Anything more than that is expensive hype. After all, the most important criterion for a successful shoot is - luck, skill and equipment, in that order.