The latest CIPA (Camera & Imaging Products Association) numbers for data up to April 2016 are out. It indicates camera shipments of all types have increased slightly so far this year, but still down compared to previous years. 2016 figures are in Orange, 2015 in Black, 2014 in Blue.

The Yen has again 'strengthened' against the U.S. Dollar and other currencies even though the Japanese economy is in the doldrums. This will present headwinds to companies like Canon, Sony and Nikon, which are major exporting firms, selling their products overseas.

Nevertheless, Canon is expected to announce more products for the remainder of 2016. The long awaited, EOS-5D Mark IV is out for field testing, and should be announced some time in August, plus more EOS-M mirrorless cameras and lens are coming. 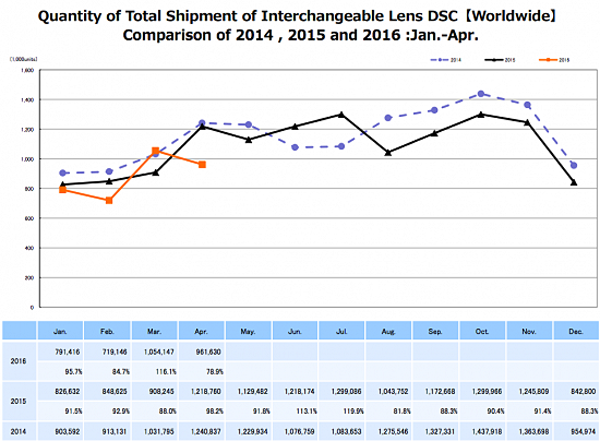 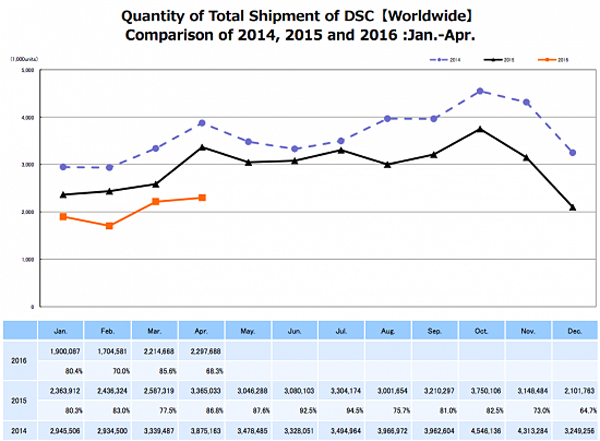 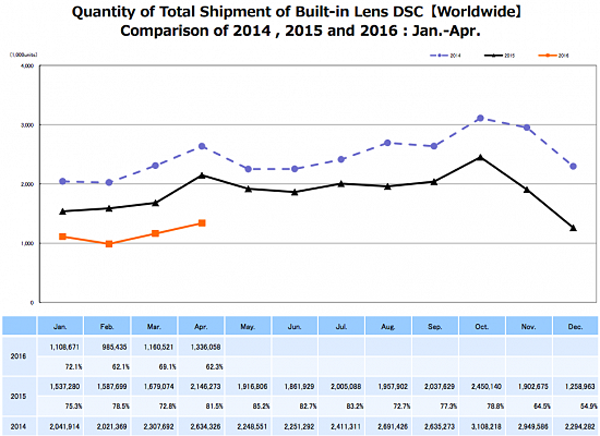