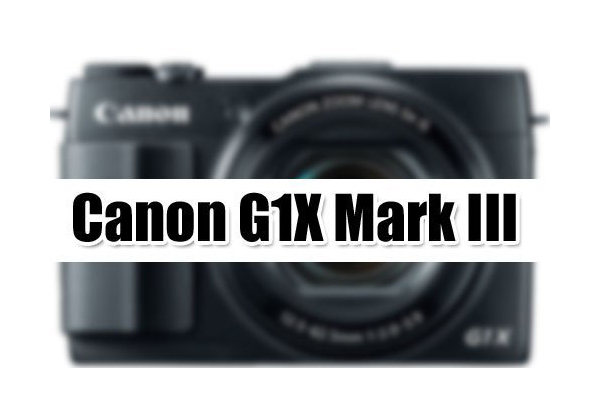 The Canon Powershot G1X Mark III camera is expected to be announced in mid October with additional PowerShot models, like the G3X Mark II coming around the Consumer Electronic Show on January 9, 2018.

Heading into 2018 and beyond, The EOS-80D and EOS-7D Mark II's replacement, the Mark III will certainly be announced, together with the EOS-5Ds and EOS-5Ds R successor. Canon will almost certainly do away with the two different models and consolidate it into the EOS-5Ds Mark II camera.

I believe all the replacement cameras above will come with 4K video. In addition, Canon is already beta testing a new EOS-1 body now that has a higher pixel sensor than the EOS-1D X Mark II. The EOS-1D X Mark II is not scheduled to be replaced until 2019 or early 2020 but Canon has so many exciting technology they have to field test, including 100+MP sensors and Curved Sensors.

Finally, the professional full frame, mirrorless body with EF mount will be Canon's answer to the Sony A7 and A9 cameras that have been dominating the full frame mirrorless market for too long. I expect this high end mirrorless model will be announced some time in late 2018 or early 2019.

2018 and beyond are exciting years for Japan and Canon. In addition to the above mentioned cameras, a few new Diffractive Optics lens like the EF 600mm f/4 DO BR will also be announced.

The Soccer World Cup is in 2018 followed by the Olympic Winter Games in South Korea. Then the Rugby World Cup and Summer Olympic Games will be held in Japan in 2019 and 2020 respectively. Canon usually makes a splash in these big world athletic events by introducing new gear for pro photographers.