I am off to the Canadian sub Arctic, Hudson Bay for a Polar bear photo tour. Although this region is called the sub Arctic, the temperatures are generally even colder than the high Arctic, like Svalbard. The cold winds from the North Pole can bring temperatures down to -40+ degrees Fahrenheit starting in mid Autumn and lasting through late Winter. 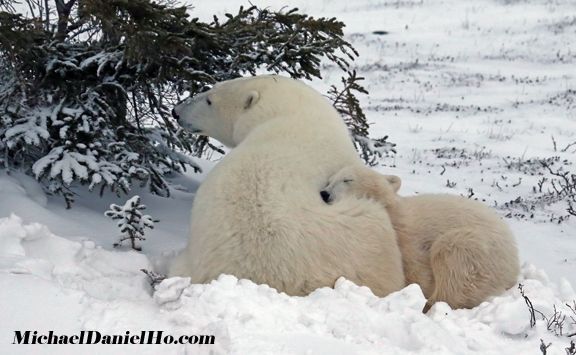 The Polar bear is the largest living land carnivore, with adult males growing up to over 8 feet in length and some weighing close to one ton. It is immediately recognizable from the distinctive white color of its thick fur. The only unfurred parts of the body are the foot pads and the tip of its nose, which are black, revealing the dark color of the skin underneath the pelt. The neck of the Polar bear is longer than in other species of bears, and the elongated head has small ears. Polar bears have large strong limbs and huge forepaws which are used as paddles for swimming. The toes are not webbed, but are excellent for walking on snow as they bear non-retractable claws which dig into the snow like ice-picks.

Females are about half the size of males, although a pregnant female with stored fat can exceed 1,000 pounds in weight. Polar bear cubs weigh about 2 lbs at birth. They look similar in appearance to adults, though they have much thinner fur. 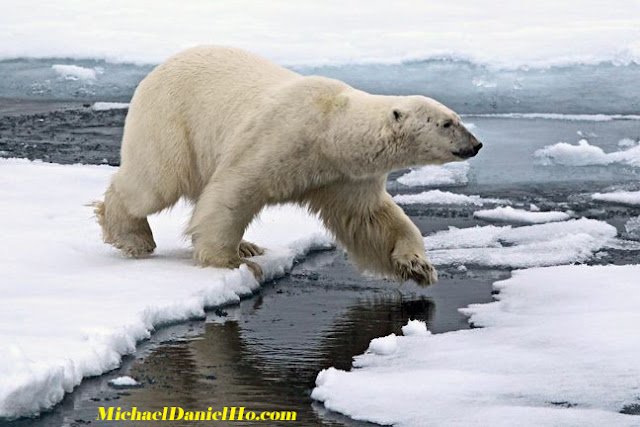 There are five countries with Polar bear populations - U.S.A., Russia, Denmark (Greenland), Norway (Svalbard) and Canada. Polar bears are found throughout the circumpolar Arctic on ice-covered waters, from Canada, to Norway, parts of the US, the former USSR and Greenland. The furthest south the Polar bears occur all year round is James Bay in Canada, which is about the same latitude as London, England. During the winter, when the ice extends further south, Polar bears move as far south as Newfoundland and into the northern Bering Sea.

Although Polar bears have no natural predators, male bears sometimes kill young cubs for food or to try and mate with their mothers. Sadly, Polar bears are still being hunted on a quota system by indigenous people and sometime big game hunters. Another big threat to these endangered animals is the warming of the Arctic region and pack ice are forming later and later every year. Polar bears depend on the pack ice to hunt seals and the early ice melt is forcing them to spend more time and energy looking for food and finding fewer seals. They face an uncertain future as the sea ice melt faster and faster in the summer. 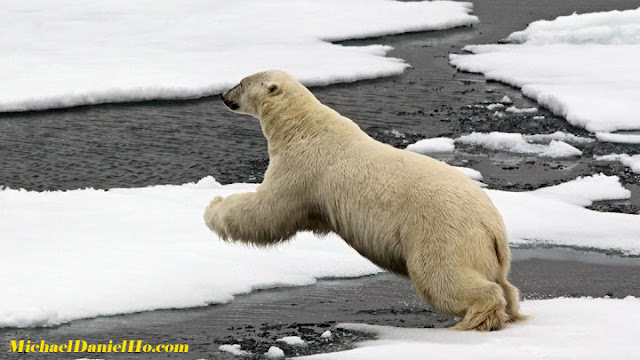 Photographing Polar bears is one of the most exciting thing a wildlife photographer can do. They have little fear of man and are highly curious. I have come face too face with them and they are large, powerful apex predators. Click here to see Polar bear photos from my previous tours. You can follow my travels on Facebook , Twitter and Instagram and see my works on MichaelDanielHo.com. I will be providing updates on the tour as time and condition permit.