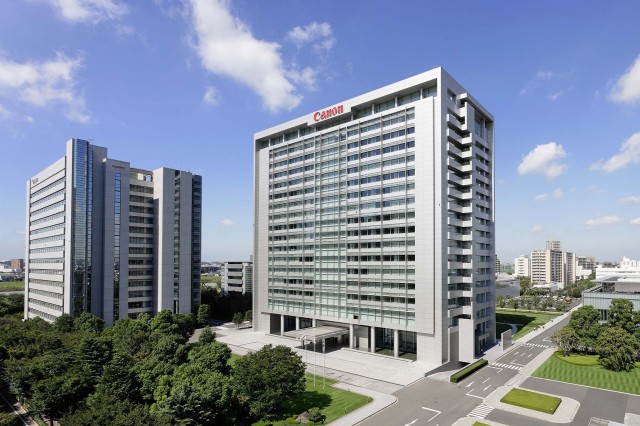 Canon Inc. reported lower 3rd quarter profits for 2015 but raised its full year forecast due to the 'strong' US Dollar and 'weak' Japanese Yen. Going forward, the United States is expected to increase its interest rates in 2016, thereby pushing the Yen even lower and giving Canon's 2016 profit a potential further boost.

The DSLR camera segment is a matured business even though this is where Canon and many other camera makers make most of their profits. There is little Canon can do to stem the gradual loss of market share of the low end cameras to higher end smartphones. They need to concentrate on their strength and make the DSLR camera experience as enjoyable as possible for serious and professional photographers.

To that end, Canon should seriously consider introducing a prosumer to professional mirrorless camera with the same size and shape of their higher end DSLRs. The mirrorless market is here to stay and growing. The current EOS-M line is boring, brings little profit and is highly discounted.

Take a leaf from the Sony a7RII and Leica and introduce much higher end mirrorless cameras but make them look and feel more like DSLRs, like the recently announced Leica SL mirrorless camera. I and many other photographers will be interested in buying one of these cameras if Canon decides to sell one. I am a wildlife photographer and you can see my works on MichaelDanielHo.com

* Steep fall had been flagged by Nikkei business daily

TOKYO, Oct 27 (Reuters) - Japan's Canon Inc said quarterly operating profit fell by a fifth as demand for digital cameras slumped and it spent more on developing new businesses, but it nudged up its full-year earnings estimates on a sharply weaker yen.

The consumer shift to smartphones for casual photo taking has pummelled demand for compact cameras, while the growing popularity of lighter mirrorless cameras has taken away market share from higher margin single-lens reflex cameras.


Operating profit for the July-September quarter came in at 71.8 billion yen ($665 million), not far off figures flagged by the Nikkei business daily earlier this month.

Investments to boost businesses such as video surveillance and semiconductor steppers also helped to outweigh a 11.4 billion yen contribution from a weaker yen, a company spokesman said.

The export-reliant company lifted its operating profit forecast but it acknowledged that but for the weaker yen, it would have revised down.

It now expects 370 billion yen for the year to end December, up from a prior prediction of 365 billion yen and a 9.7 percent increase on the previous year.

While a softer yen boosts earnings for export-oriented companies, the Japanese currency's rapid descent against the greenback - around 8 percent over the July-September period - has driven up import costs and prompted complaints from Japan Inc that yen weakness has gone far enough.

"It's difficult to give an ideal level but if it stopped at its current level it wouldn't be a bad thing," said Chief Financial Officer Toshizo Tanaka.

Japan's currency is trading at around 108 yen to the dollar after having weakened to as low as 110 yen at the beginning of this month. A Reuters Corporate Survey showed in September that only one quarter of Japanese firms preferred an exchange rate of 105 yen or weaker.

Canon's shares closed up 0.8 percent on Monday ahead of results. (1 US dollar = 107.9600 Japanese yen) (Reporting by Sophie Knight; Editing by Edwina Gibbs)