In May, I reported the EOS-5D Mark IV pre-production camera was out on field tests with photographers who have signed Non Disclosure Agreement (NDA) with Canon. The EOS-5D Mark IV is Canon's most anticipated camera after the EOS-1D X Mark II because it promises a continuation of the highly successful EOS-5D line into a new decade.

Digicame-Info reported Canon has registered a new camera with the Indonesian Certification Authority. My sources in Asia has confirmed Model name DS126601 is indeed the EOS-5D Mark IV. 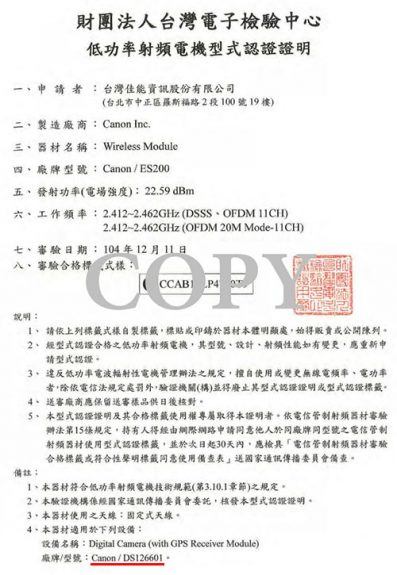 Below is the latest information I have on the new camera right now.  The EOS-5D Mark IV will most probably be announced in Q3, in time for the Photokina Show in Cologne, Germany on September 20. Keep checking back. I will be able to confirm more specs later . . . . .