It is probably the worst kept secret to anyone following the photographic industry but camera manufacturers have been experiencing declining sales for the last few years. The main reason is due to changing customer preference and the advancement in many smartphone cameras.

Canon, the largest photographic equipment manufacturer in the world has experience a drop in profits in their latest few quartera. They are hardly alone and based on data published by CIPA, the Japan-based Camera & Imaging Products Association, published the charts below illustrating the trend in camera sales over the past decade.

The latest CIPA (Camera & Imaging Products Association) numbers for the last 3 years are out. It indicates camera shipments of all types have increased slightly earlier in the year but is beginning to decline again. 2016 figures are in Orange, 2015 in Black, 2014 in Blue.

It seems mirrorless cameras offered the industry a bright spot for about two years but now sales are leveling off and the increase in sales may have been at the expense of the traditional DSLR market.
There is no question smartphones have taken away some sales from the low end point-and-shoot and DSLR camera segment, but the best way to keep a photographic company relevant is to come out with the state of the art product to convince serious photographers why it is still the traditional DSLR camera that takes the best photos. What is more important than the number of DSLR sold is the mix of the sales, since low end cameras like the Rebel and SL series bring considerably less profit than the higher models like the EOS-5 and EOS-1 bodies.

The Yen has started to 'weaken' against the U.S. Dollar and other currencies. This will present some tailwinds to companies like Canon, Sony and Nikon, which are major exporting firms, selling their products overseas. Nevertheless, Canon is expected to announce more products for 2017 and beyond. Read my earlier post on Canon's roadmap for the next few years. 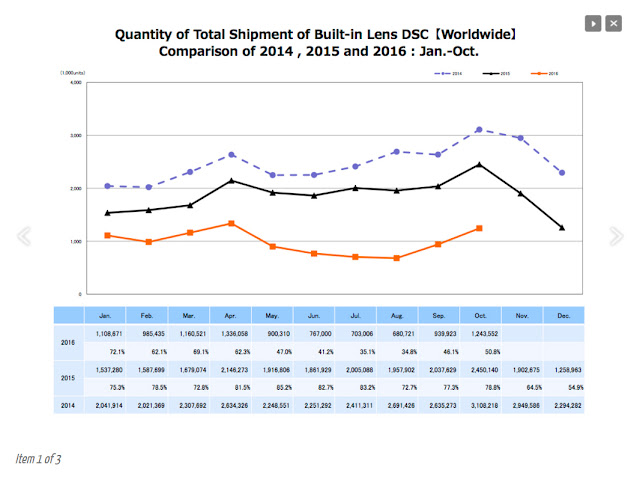 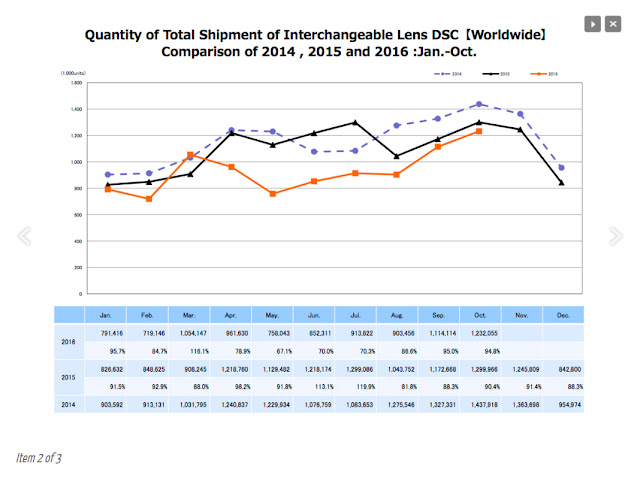 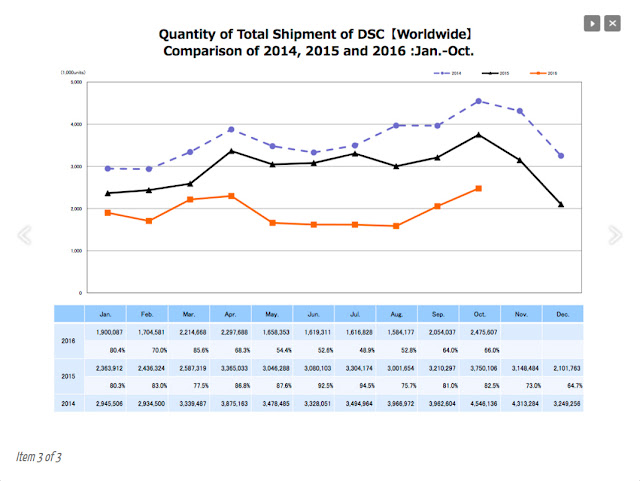