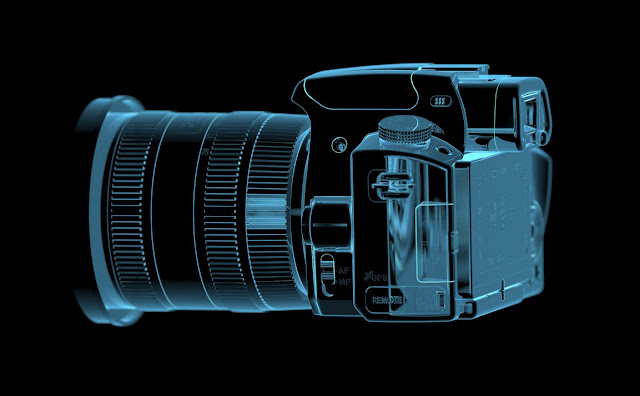 Recently, Canadian photojournalist Ed Ou was stopped at the US border on his way to cover the Standing Rock protests in North Dakota and had his equipment searched.

Over 150 filmmakers and photojournalists signed an open letter requesting Canon, Nikon, Sony, Fuji, and Olympus to build encryption features into digital cameras and the photos they manufacture. Encryption technologies are common in hard drives, laptops and smartphones, but remains mostly non existent in the photography industry.

I would point out many laoptops, computers, smartphones are legally searched and illegally hacked everyday now anyway. Encrypted cameras and camcorders may join that list in the future.

“We […] are writing to urge your company to build encryption features into your still photo and video camera products,” the letter states. “These features, which are currently missing from all commercial cameras on the market, are needed to protect our safety and security, as well as that of our sources and subjects worldwide.”

“Without encryption capabilities, photographs and footage that we take can be examined and searched by the police, military, and border agents in countries where we operate and travel, and the consequences can be dire,” the letter states. “Because the contents of their cameras are not and cannot be encrypted, there is no way to protect any of the footage once it has been taken. This puts ourselves, our sources, and our work at risk.”

Freedom Of The Press Foundation hints any major camera company offering encryption on their equipment may gain a competitive advantage over other competitors.


You can read the entire letter from Freedom Of The Press Foundation below :

Today, Freedom of the Press Foundation is publishing an open letter to the world’s leading camera manufacturers—including Nikon, Sony, Canon, Olympus, and Fuji—urging them to build encryption into their still photo and video cameras to help protect the filmmakers and photojournalists who use them.

The letter is signed by over 150 documentary filmmakers and photojournalists from around the world, including fifteen Academy Award nominees and winners, such as Laura Poitras, Alex Gibney, Joshua Oppenheimer, and many more. You can read the full text below.

Documentary filmmakers and photojournalists work in some of the most dangerous parts of the world, often risking their lives to get footage of newsworthy events to the public. They face a variety of threats from border security guards, local police, intelligence agents, terrorists, and criminals when attempting to safely return their footage so that it can be edited and published. These threats are particularly heightened any time a bad actor can seize or steal their camera, and they are left unprotected by the lack of security features that would shield their footage from prying eyes.

The magnitude of this problem is hard to overstate: Filmmakers and photojournalists have their cameras and footage seized at a rate that is literally too high to count. The Committee to Protect Journalists, a leading organization that documents many such incidents, told us:

"Confiscating the cameras of photojournalists is a blatant attempt to silence and intimidate them, yet such attacks are so common that we could not realistically track all these incidents. The unfortunate truth is that photojournalists are regularly targeted and threatened as they seek to document and bear witness, but there is little they can do to protect their equipment and their photos." (emphasis added)

Camera manufacturers are behind the times compared to other technology companies. All iPhones and many Android phones come with encryption built into their devices. Communications services like Apple’s iMessage and FaceTime, plus Facebook’s WhatsApp, encrypt texts messages and calls by default. And major operating systems on PCs and Macs give users the ability to encrypt the hard drives on their computers. Yet footage stored on the professional cameras most commonly used today are still left dangerously vulnerable.

Finding the right way to do provide encryption in their products will take some research and development from these camera manufacturers, and we welcome having a conversation with Nikon, Sony, Canon and others about how to best move forward on this important initiative. However, we are hopeful they will publicly respond with a commitment to building encryption into their products to protect many of their most vulnerable customers.

We’d like to thank Field of Vision, the International Documentary Association, National Press Photographers Assocation, and Sundance’s Documentary Films Program, who we partnered with on this project and who all helped organize this effort. The letter below is addressed to Canon, and nearly identical letters have been sent to Sony, Nikon, Fuji, and Olympus.

We, the undersigned documentary filmmakers and photojournalists, are writing to urge your company to build encryption features into your still photo and video camera products. These features, which are currently missing from all commercial cameras on the market, are needed to protect our safety and security, as well as that of our sources and subjects worldwide.

Without encryption capabilities, photographs and footage that we take can be examined and searched by the police, military, and border agents in countries where we operate and travel, and the consequences can be dire.

We work in some of the most dangerous parts of the world, often attempting to uncover wrongdoing in the interests of justice. On countless occasions, filmmakers and photojournalists have seen their footage seized by authoritarian governments or criminals all over the world. Because the contents of their cameras are not and cannot be encrypted, there is no way to protect any of the footage once it has been taken. This puts ourselves, our sources, and our work at risk.

Many technology companies have in recent years embraced encryption technology, often including it in their products and enabling it by default. Indeed, encryption has, in some sectors, become an industry-best practice. Apple’s iPhones encrypt all data stored on them by default, as do many phones running Google’s Android operating system; text messages and voice calls made with WhatsApp, iMessage, FaceTime, and Signal are all protected using end-to-end encryption technology; and laptops and desktop computers running modern versions of Microsoft Windows and macOS encrypt all data stored by default too.

However, we face a critical gap between the moment we shoot our footage and the first opportunity to get that footage onto more secure devices.

As filmmakers and photojournalists who value our own safety and the safety of our sources and subjects, we would seek out and buy cameras that come with built-in encryption. Adding these data security features to your product line would give your company a significant competitive advantage over other camera manufacturers, none of whom currently offer this feature.

Beyond the commercial motivation for adding encryption features, we know your company has commendably committed to corporate social responsibility. Building encryption into your products is not just about helping the filmmakers and photojournalists who buy them, but about making the world a better place. As filmmakers and photojournalists, we use our lenses to hold powerful people to account — and ultimately to change society for the better. Encryption features will allow us to continue to tell the most important stories, from some of the most dangerous places in the world.

You can help us reach that goal by starting to work towards building encryption into your camera products.

Thank you for your consideration.

Over 150 Filmmakers, Photographers, and Media Workers Around the World