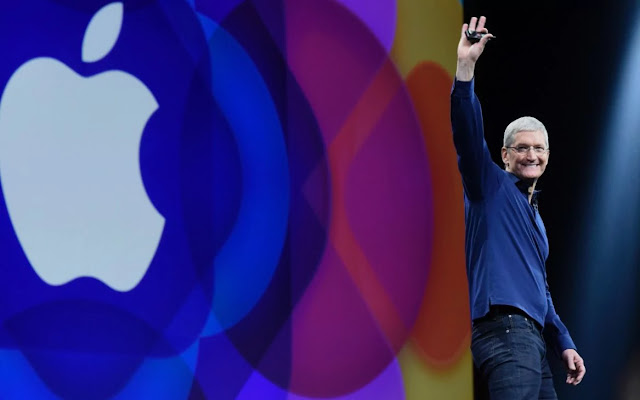 Apple’s announced new iMacs and iMac Pro with enhanced processors and memory power. In addition, a new iMac Pro with a 5K screen and a price of $4,999 debuted. The entry level 4K iMac and MacBook Pro are now both priced at $1,299.

For many iPhone users, the preview of iOS 11 is most anticipated, with its many innovative features for mobile photography. Artificial Intelligence is the central theme of the many improvements in the Photos and Camera apps. The new operating system, iOS 11 adds interesting effects like long exposure blur, intelligent loops, and bounce sequences.

In addition to the added functions, the Photos app’s Memories section will also play videos in portrait and landscapes modes by recognizing your subject and focusing on them. Photos will also be categorized into more sections under Memories, thanks to the advanced AI features. As expected, the new iPhone 7S Plus will come with Image Stabilization, True Tone flash, HDR option and 'bokeh' effect on some shots.

Two new file formats will be introduced with the new iOS11 - High Efficiency Image Format (HEIF) for photos, and HEVC (H.265) for videos. Apple claims these new formats can reduce photo and video file size (presumably to save on memory) without losing quality. The new iOS 11 will debut this Autumn with the new iPhones.

It is powered by the A8 chip that tailors the sound based on the shape and size of the room and responds to commands via Siri.

A 10.5-inch iPad Pro is joining the 9.7-inch and 12.9-inch versions. The new operating system, iOS 11 will make the tablet work more like an Apple computer.

Apple has announced macOS High Sierra for its computers. The new software comes with a refined, faster Safari that blocks videos from playing automatically and stops websites from tracking users. It is compatible with virtual reality for the first time and features tweaks to Mail, Photos and file storage.

It has also unveiled new software for the Watch called watchOS 4, which includes a Siri face that can offer personalized advice through the day. Amazon Prime Video will be featured on Apple TV later this year.