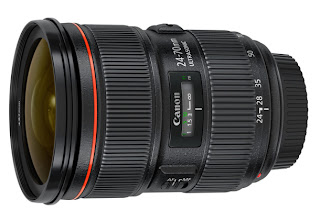 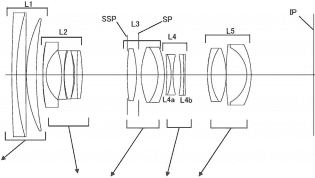 Egami, the Photography Blog in Japan has discovered a patent filed by Canon Japan for the EF 24-70mm f/2.8L II lens with the Image Stabilizer built-in.  Although the Nikon AF-S Nikkor 24-70mm f/2.8 lens does not have IS either, some of Canon's other competitors, like the recently released Tamron AF 24-70mm f/2.8 Di VC USD lens does have IS built-in and it has received rather good review.

This may be Canon's insurance policy and the recent delay of the shipment of the EF 24-70mm f/2.8L II lens till the middle of September, 2012 due to 'manufacturing operations' may be related to the possible addition of IS some time in the future.  I don't care either way.  In my opinion, IS is nice but not critical in a lens of this quality and variable focal length.  Besides, there is the trade off with additional weight and cost.  The new EF 24-70mm f/2.8L II lens already lists for $2,299, not exactly an inexpensive lens to begin with.