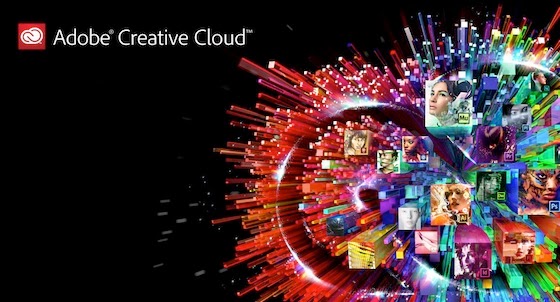 “Our shift to Creative Cloud has given us a broad canvas on which to innovate like never before,” said David Wadhwani, senior vice president, Digital Media, Adobe. “We’ve taken bold steps with this milestone release, fast-tracking new features to industry-defining tools like Photoshop and InDesign, while introducing mobile apps that turn tablets into indispensable creative tools.”

The release serves a creative industry that is changing at a staggering pace: three in four creatives believe the industry has changed more in the past five years than the previous 50 and about two thirds believe their role will significantly change in the next 3 years (see The New Creatives Report, surveying 1,000 U.S. creatives, issued June 16). Creatives cited new technologies as the top driving force behind the rapid change.

Delivering on mobile innovation, Adobe launched three new mobile apps for iPad – Adobe Sketch, Adobe Line, and Adobe Photoshop Mix; and began shipping new creative hardware called Adobe Ink, a new digital pen, and Adobe Slide, a new digital ruler (see separate release). The mobile apps were developed using a new Adobe Creative SDK that unlocks over 30 years of Adobe innovation and makes it available on mobile devices for the first time. These new apps are professional-grade quality but easy enough for anyone to use, similar to the recently launched Lightroom mobile for photographers and Adobe’s new animated video app for storytelling, Adobe Voice, which were also updated with this release. These powerful, yet easy-to-use apps add significant mobile capabilities to Creative Cloud, integrate workflows with the CC desktop apps and bring tablets into serious creative workflows for the first time.

The new CC desktop apps, mobile apps, and hardware are tightly integrated through Creative Cloud services. This integration helps liberate the creative process by enabling users to access and manage everything that makes up their creative profile – their files, photos, fonts, colors, community and more – from wherever they work. Also introduced today is the new Creative Cloud app for iPhone and iPad that allows users to access and manage their files, assets, and more from their mobile device.

Adobe Creative Cloud for enterprise is an offering designed specifically for large-scale software deployments that works with other Adobe enterprise offerings such as Adobe Marketing Cloud, Acrobat, Adobe Anywhere, and Adobe Digital Publishing Suite. Updates include more services with collaboration and file storage, expanded options for deployment, and a new dashboard for managing users and entitlements. For education, Adobe now has a device-based licensing offer for classrooms and labs, which allows multiple users to access software on a single device rather than tying it to an individual with an Adobe ID, critical in an environment where students come and go. And for photography customers, Adobe has introduced a new Creative Cloud Photography Plan for $9.99 per month.

Today’s updates to CC desktop tools are immediately available for download by Creative Cloud members as part of their membership at no additional cost. The new mobile apps are free to everyone. To join Creative Cloud, special promotional pricing is available to existing customers who own Adobe Creative Suite 3 or later. Membership plans are available for individuals, students, teams, educational institutions, government agencies and enterprises. To download free trials of any of the new Creative Cloud desktop apps, go to: Explore the desktop apps. For pricing details, visit: How to Buy.