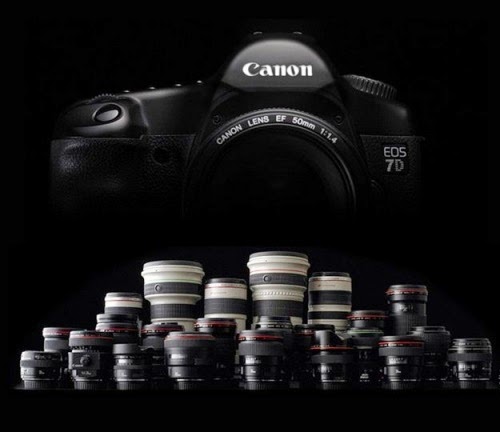 
The Canon EOS-7D Mk II is one of the most anticipated cameras this year (including yours truly). It is going through its last field tests during the FIFA World's Cup in Brazil now. Canon will deploy many of their latest gear there and the testers will be covered by Non Disclosure Agreements (NDA) so I expect few leaks on the camera. Canon may not even call its replacement - EOS-7D Mk II, but they will have enough models out there to help them gain all the insights from final testing.

The EOS-1D Mk IV camera, with its excellent APS-H 1.3x sensor was discontinued a while back, leaving a void in the cropped frame, professional camera space. I am looking for a semi-pro body with the extra reach since I am not a big fan of extenders. The current EOS-7D is an excellent piece of equipment and my pick, four years in a row as the best value in APS-C camera.

With the successful launch of the EOS-70D, Canon is planning to use a more advanced Dual Pixel version of the 70D sensor in the new camera but was encountering some yield performance issues in the production process. Canon engineers will overcome the problems and the best guess of the expected release date of the camera will be mid August, possibly together with another highly anticipated announcement, the EF 100-400mm f/4.5-5.6L IS II lens.

This will give Canon plenty of time to mount a vigorous marketing campaign, leading up to the big Photokina Show in Cologne, Germany on September 16, with delivery commencing last quarter of 2014. The current EOS-7D has the most advanced AF system of all the Canon APS-C bodies. The Achilles heel of the camera is its mediocre high ISO performance and the camera is showing its age. It will be almost 5 years old when the Mk II is finally available this Autumn.


My contacts informed me the features of the new camera are firmed up by now and the feedback from the World's Cup will be crucial in determining the final tweaks, mostly likely refinement in the software before entering production.

I am very fond of my EOS-7D but the camera is entering its twilight years. Distributors around the world are entering this model into their inventory systems as 'end of model life.' You probably have noticed some very good deals on the EOS-7D and lens kits. Dealers are clearing out remaining inventories and getting ready for the new model. They are also receiving invitations to attend launch events in August.

You can see my works with the camera from worldwide photo shoots on MichaelDanielHo.com. Keep checking back for the latest info and development.