The winners of the prestigious World Press Photo contest for 2016 have been announced. It showcased the 'best news photos' taken in 2015. Below is a graphic representation, created by the Spanish site Quesabesde, showing the camera brands and specific models used by the winning photographers. 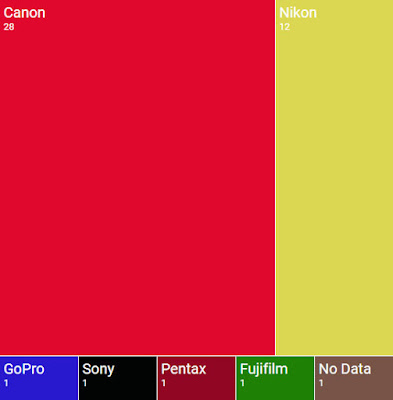 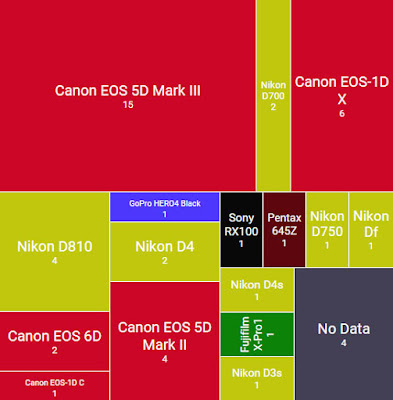 Again, as in past years, Canon is the preferred camera brand. Out of the 45 photos that won awards, 15 were taken with the Canon EOS-5D Mark III and 6 were captured with the Canon EOS-1D X cameras. Nikon's D810 camera were used by 4 of the photographers.

The winner of this year's award, Australian photographer Warren Richardson, used the Canon EOS-5D Mark II and a 24mm f/1.4 at ISO 6400. The photo was illuminated by moonlight. 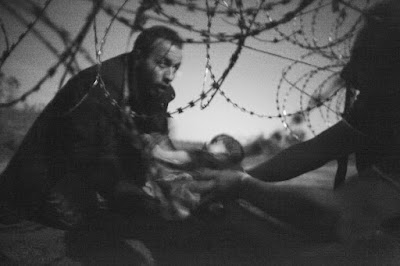