Canon To Finally Get Serious About Mirrorless Cameras 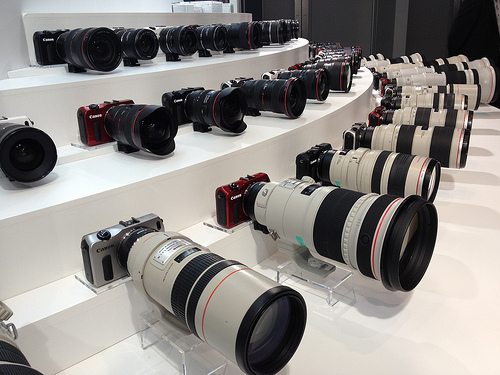 I am back from my Patagonia Photo Tour. Will take some time for me to get re-organized and look through my photos. Trying to get back to my blog and keeping my readers up to date on the photography world. Now that the EOS-1D X Mark II camera has been announced, Canon may be finally getting serious about their mirrorless line. I have reported last month Canon is working on a full frame mirrorless camera.

During an interview with ASCII.jp, Canon executive Yagi Koichi made this comment on the future plans for the EOS-M line (Google translated) :

“In the third quarter and fourth quarter of 2015, we have been able to ship a lot of mirror-less the number of cameras, not yet satisfied by For. At present new products, but mention can not be, the third quarter in 2016, towards the fourth quarter and that the “mirror-less market is forecast to grow, Canon’s share of the” mirror-less camera market and two years ago the 4-position, we want to aim at the 3-position."

Translation - Canon is tired of letting Sony be the 'One and Only'. There is an even chance they may introduce a prosumer camera some time in 2016 and finally provide their mirrorless camera line the attention and resources it takes to catch up to Sony and give them a real challenge. There is a chance Canon may drop some hint about their mirrorless plans during the upcoming CP+ Show on February 25 in Yokohama, Japan. More to come. Stay tuned . . . . .