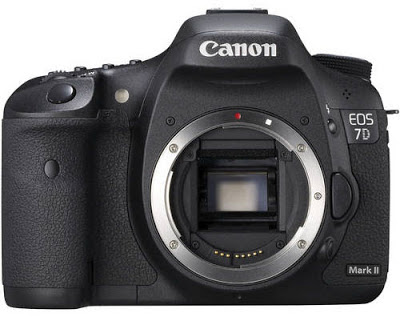 Now that Canon has announced the EOS-70D camera and delivery is expected to commence in a month or two, the attention has turned to the Canon EOS-7D Mk II, the only camera left for Canon to introduce before the end of 2013.

As my readers know, I have picked the Canon EOS-7D as the best value in DSLR photography three years in a row. You can read my analysis of the camera here. The EOS-7D Mk II will be four years old in September 2013, this is about the longest product cycle for a Canon APS-C camera and I expect them to introduce the Mk II version around the last quarter of this year.

The EOS-7D Mk II prototypes have been spotted out in the field and I believe Canon has not decided on the final design of the camera yet. This replacement will be their top-of-the-line APS-C model and they are banking on it to win the battle with Nikon's very aggressive push into the cropped frame DSLR camera segment.

If the above specs turn out to be mostly accurate, it will be very welcome by me. Currently, the Achilles heel of the EOS-7D is its mediocre high ISO performance. I hope the camera will come with 2 memory card slots but the GPS and WiFi will not be part of the features, especially in light of the vulnerability of WiFi enabled cameras. See my earlier post on this subject. It is common for Canon to have different prototype models for field testing. I am very excited about this Mk II replacement and will definitely get my hands on one as soon as it is available. More information should leak out as the launch date for the much anticipated replacement to the EOS-7D camera approaches.