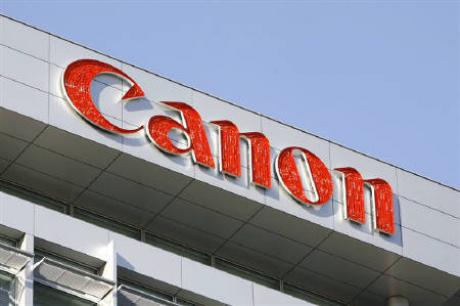 TOKYO, July 24 - Canon Inc. cut its profit forecast for the year to December and trimmed its sales targets for both high-end and compact digital cameras as a slowdown in China and other emerging economies caught the company off-guard. Canon, the world's largest maker of digital cameras, kicked off the quarterly earnings reporting season for Japan's big-name tech manufacturers by cutting its operating profit forecast to 380 billion yen ($3.81 billion), down 16 percent from guidance issued just three months ago.

Canon and other Japanese camera makers have already been hit by a slump in sales of compact digital cameras as consumers increasingly use smartphones to snap photos and this has weighed on Canon's earnings and share price. "We had expected that compact cameras would be bad, but it looks like the interchangeable-lens cameras they'd been pinning their hopes on also don't seem to be selling like they'd expected in China and other emerging economies," said Mitsushige Akino, chief fund manager at Ichiyoshi Investment Management in Tokyo.

Cameras now account for more than 60 percent of its overall operating profit and it had counted on its strength in high-end interchangeable-lens cameras to offset evaporating demand for compact cameras. On Wednesday Canon cut its target for interchangeable-lens camera sales to 9 million from 9.2 million, while compact cameras were cut to 14 million from 14.5 million. The previous projections were given at its last earnings report in April.

"Chinese consumers tend to be very fond of cameras, especially high-end ones such as SLRs, but an economic slowdown has hit just as sales were recovering from last year," Tanaka said, referring to a sharp fall in China sales in late 2012 as consumers shunned Japanese products due to a territorial dispute. Competition for compact cameras from smartphones is also likely to heat up with both Samsung Electronics Co Ltd and Nokia Oyj introducing phones placing high-quality cameras at the heart of their designs.

High end DSLR camera manufacturers like Canon and Nikon have many products on their shelves waiting to be released but if they hold back and wait for the consumer market to rebound before introducing new models, they run the risk of boring photographers with old, uninspiring merchandise. My advice to them is to start replacing their higher end DSLR models and lenses on a 3-4 and 7-10 year cycle respectively. The medium to lower end products are mostly taken care of with slick marketing, endorsement campaigns and more frequent introductions.

On that score, Canon needs to announce the EOS-7D Mk II and a megapixel replacement to the EOS-1Ds Mk III cameras before the end of the year. The first camera is almost 4 years old and the second one is no longer in production. Consumers are eagerly awaiting new technologies recently introduced to be incorporated into these two camera bodies.