Last month, Canon introduce the EOS-M2 camera as an Asian only product. DxOMark has recently tested it against a few other Canon cameras and their review is listed below.  I expect this camera to be exported to Europe and North America later this year. MichaelDanielHo.com 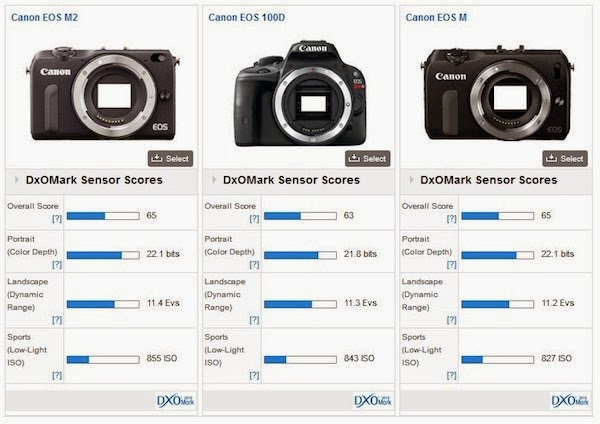 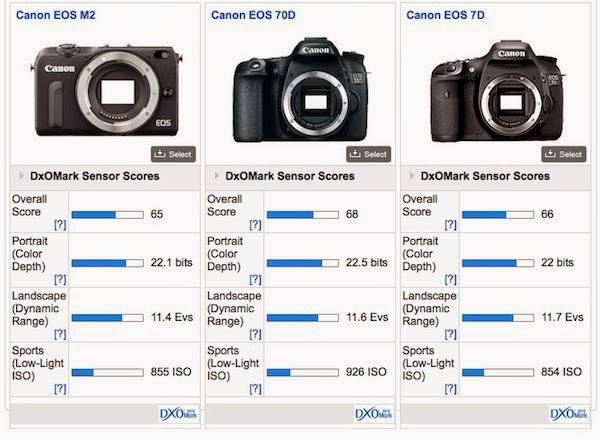 Canon was the last maker to introduce a mirrorless camera to the market and after something of a false start with EOS M, the company has released an update with the same Hybrid CMOS II sensor as the company’s Rebel SL1 (100D).  Read on to find out how the new, Asia only, EOS M2 performs.

Canon was the last of the major manufacturers to introduce a mirrorless model, but rather than shy away from smaller size sensors the EOS M used the same APS-C size CMOS sensor found in the EOS Rebel range of DSLRs.  In fact the EOS M adopted the same 18-Mpix CMOS sensor as the Rebel T4i (EOS 650D) and introduced a small number of lenses adopting a new, smaller EF-M lens mount.

Announced late last year (December, 2013), the EOS M2 has been updated with the same Hybrid CMOS II sensor as the company’s Rebel SL1 (100D). Not only does this sensor promise up to 2.3x faster autofocusing than the previous model, but the on chip phase detection pixels cover a much larger area, up to 80% of the frame. Also new to this model is an AF Servo mode during video capture. However, the new EOS M2 has so far only been launched in China and Japan.

Despite the outwardly similar shell to the original, according Canon Japan it’s now slightly smaller (by 8% in volume) while also adding WiFi connectivity for sharing and remote control using the firm’s free EOS Remote app. Other modifications include a remodeled mode dial, while the stereo microphone has been moved to the front from the rear. It also has a faster continuous burst rate, up from 4.3 fps to 4.6 fps.