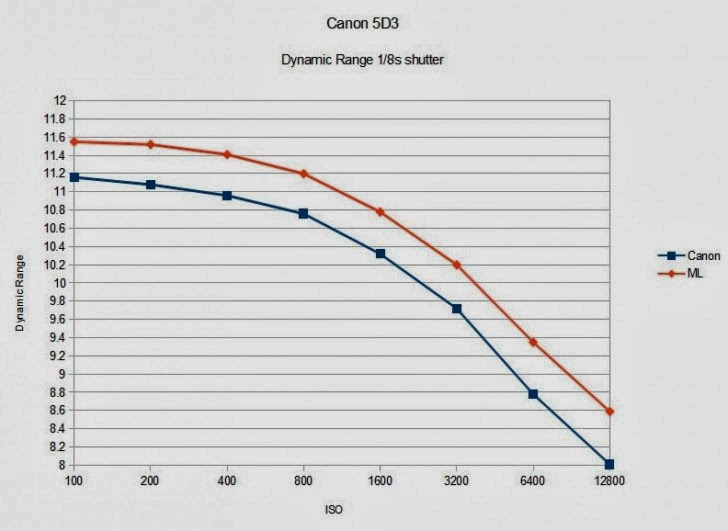 The folks at Magic Lantern has another breakthrough with the Canon EOS-5D Mk III camera's dynamic range. Planet 5D reported the following :

“Tests have been done by ‘Marsu42’, which show numbers of up to 15 stops of DR when using this feature combined with the ‘dual_ISO’ module that Magic Lantern already includes in their nightly builds.”

Since this is a piece of software unsupported by Canon and may void your warranty, anyone using the Magic Lantern software bears all the risks and responsibility. For those who want to push the envelope, this new development may prove to be a boon for both stills and video shooters.