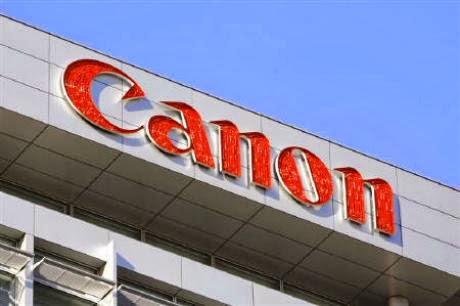 Canon Inc. has released their financial statement for the fiscal year 2013. This company had sales in excess of $40 billion and multi-billion dollar net income. They are a conglomerate and photography sales are less than half of the company's annual sales. Canon ranks third among companies in U.S. patents granted. Click here to download Canon Inc.'s 2013 financial results in its entirety.

The following is an excerpt from their release :

“Within the Imaging System Business Unit, interchangeable-lens digital cameras maintained their top market share despite the challenging environment, which was marked by a drop in demand in Europe and China due to the economic downturn, although demand in Japan continued to expand. In particular, the EOS 5D Mark III and 70D advanced-amateur-model digital SLR cameras continued to realize healthy growth. Furthermore, in Japan, the new entry-level EOS Digital Rebel SL1 and T5i cameras proved popular. As for digital compact cameras, although total sales volume declined due to the market slowdown and the increasing popularity of smartphones, sales volume increased from the previous year for high-added-value models incorporating features that differentiate them from smartphones, such as large-size image sensors and models like the PowerShot SX50 HS and SX510 HS, which feature high-magnification zoom lenses.”