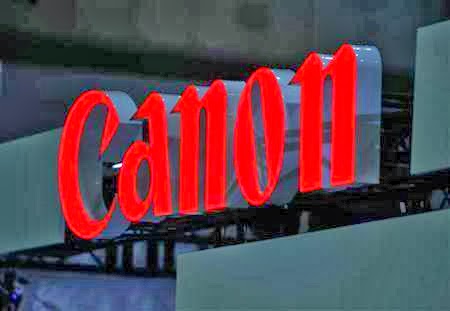 TOKYO, January 30, 2014 — Canon Inc. announced today that, in a collaborative study on corporate emissions performance conducted by Climate Counts and the Center for Sustainable Organizations, Canon earned a fourth-place ranking, the highest of any Japanese company included in the survey.

The 2013 Climate Counts Science-Based Carbon Study analyzes the operational emissions of 100 global corporations between 2005 and 2012 to determine their performance against science-based targets. The companies included in the study spanned 10 industries, including technology, healthcare, oil & gas, and consumer goods. The study relies on a metric developed by the Center for Sustainable Organizations (CSO) called the Context-Based Carbon Metric. Embedded in CSO's metric for purposes of the Climate Counts study were science-based emissions targets developed by Tellus Institute, an interdisciplinary not-for-profit research and policy organization.

The study evaluates sustainability performance not only in terms of the environment, but also from social and economic perspectives, assessing and ranking each company's performance based on emissions per dollar of contribution to gross domestic product, as well as the amount that the company contributes to GDP.

According to the study, among the 100 companies surveyed, 49, including Canon, were found to be sustainable, on track to reduce carbon emissions in line with scientific targets designed to avert dangerous climate change. Additionally, among the 49 sustainable companies, 25 successfully achieved revenue growth while reducing their emissions.

Canon strives to reduce CO2 emissions throughout the Canon Group at all stages of the product lifecycle, from materials procurement to disposal and recycling. Recognized for these activities, in December 2012, Canon was the first company to acquire certification under Japan’s Carbon Footprint Program for multifunction office systems. The Company believes that it was such corporate initiatives that led to the high assessment it received in the Climate Counts study.

Targeting the realization of its Action for Green environmental vision, Canon aims to achieve highly functional products with minimal environmental burden while providing users with ways to use products that further reduce their impact on the environment.