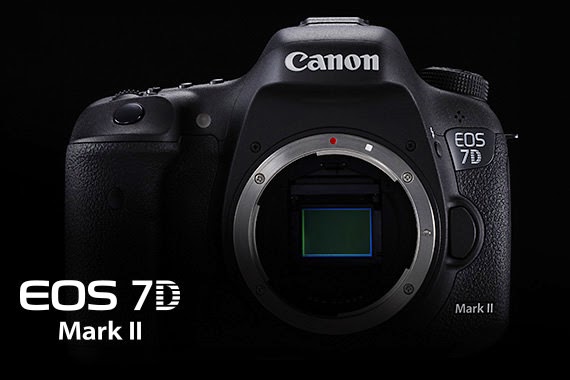 
Canon announced the EOS-7D Mk II camera on September 15, about 5 years after the release of the Mk I model. The new camera is receiving raved reviews but delivery is not expected until early November. My readers know I have picked the original EOS-7D as the best APS-C cameras four years in a row. My order is in and when the new camera arrives, I will go on a few real world wildlife photo shoots and write a review on it.

As a wildlife photographer, I like to get the maximum focal length with the fastest lens speed. This is always a compromise because once an extender is added, the aperture gets smaller. Alternatively, a long lens like the EF 800mm f/5.6L IS is heavy and cumbersome. That's why I prefer cropped frame cameras like the EOS-1D Mk IV and EOS-7D Mk II. Two of the most appealing features of the new Mk II are 10 fps burst rate and the ability to autofocus down to f/8.

You can see sample images and videos from Canon Japan, download the Instruction Manual and the Guide Book on how to master the 65 point cross-type AF system and see a field report on the camera and watch a short film shot entirely with the new camera.  I am very excited about this new EOS-7D Mk II. Hoping to get the camera and lens before I leave for my Polar bear trip in early November. You can see my works on MichaelDanielHo.com

Canon Asia has published a four part interview with the designer of the EOS-7D MK II camera. You can read the interview below :