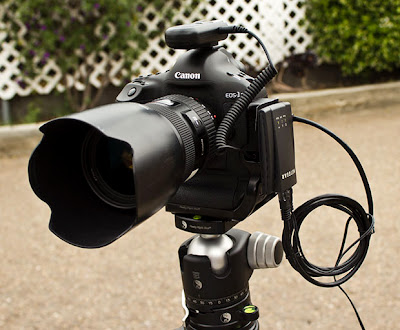 These days, more and more new cameras are equipped with some sort of wireless connectivity feature built-in. The most recent example is the Canon EOS-6D. Other cameras can deploy an optional wireless transmitter and provide the same feature but these gadgets are rather expensive, especially for higher-end cameras like the Canon EOS-1D X.

In my previous post, I reported how WiFi enabled cameras may be vulnerable to hacking, now William Bennett has experimented with another approach.  After eschewing the high price ($599) of the Canon WFT-E6A wireless transmitter, he wondered whether the Ethernet port on his EOS-1D X can support a WiFi adapter. After doing some research, he decided on the Netgear WNCE2001 universal WiFi Internet adapter (less than $50). Bennett discovered that he could make his 1D X work with this adapter, which meant he succeeded in adding wireless tethering abilities (wireless file transfers, remote shooting) to his camera for a fraction of the WFT-E6A's price. 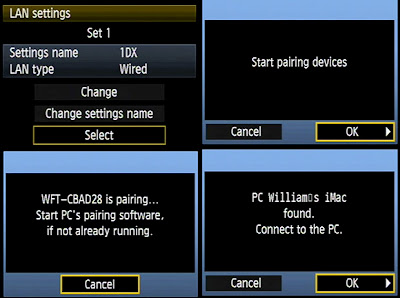 The beauty of this setup is rather straight forward. The necessary components for the system are readily available and proper set up will enable the equipment to work. The drawback in using a universal WiFi adapter rather than the WFT-E6A Wireless Transmitter is the requirement of a separate power source. If one can find a battery powered wireless router, then the external power supply will be unnecessary.  Bennett has provided a step by step guide on how to accomplish this setup. Take a look if you are interested.