I am back in Norway after circumnavigating the Svalbard archipelago on a small expedition ship. The archipelago's size is hard to estimate accurately because it has not been completely surveyed and explored due to its remoteness and often inaccessible condition caused by sea ice but the closest estimate is about 23,000+ square miles. The largest island on Svalbard is Spitsbergen and the year round population is about 2,000+ people residing mostly in its 'capital', Longyearbyen. During our entire voyage, I have not seen more than two other ships.


This is the Land Of The Midnight Sun with 24 hours daylight. The weather can be very cold, even in summer because this is the high Arctic. It can range from a cold, windy day with some sun to foggy and severely cold temperatures, replete with light snow the next. Winds can reach 40+ knots and all landings are done by zodiacs. As my readers know, the only reason I am here is for the wildlife and on that score, the sightings and encounters are good but not spectacular. This is the vicissitudes a wildlife photographer must be prepared to accept. There is never a guarantee of complete success because the wildlife may be too far or they are not active enough to produce good photographic opportunities but I managed to get some decent photos of Arctic fauna and landscapes. 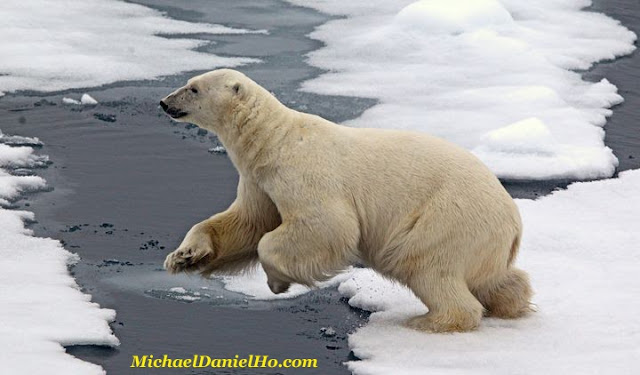 I came cross a few Humpback and Fin whales. The most common fauna up here are pelagic birds. There are a variety of different species of sea gulls and I am happy to report my photos include Ivory Gull, Common Eider, Thick-billed Murre, etc. in flight. Saw a small group of white-beaked dolphins but cetaceans sightings are not as numerous as locations in lower latitudes. Polar Bear encounters are mostly from a distance but one bear came very close to the ship. Finding bears are quite a challenge despite the fact there is a population of about 3,000 animals in Svalbard.  My Walrus and Reindeer encounters are a bit more promising and I photographed the former on land and in the water. As you can imagine, I have little time or equipment to go through the photos I have taken but managed to extract a few preliminary images for illustration. 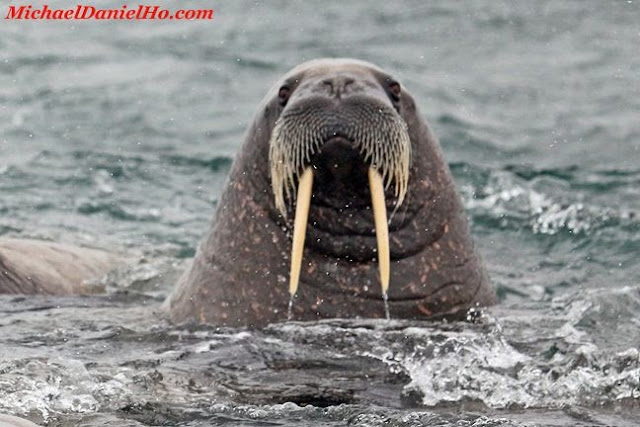 Not surprisingly, the polar region is warming and the sea ice have all melted in the southern part of the archipelago and fast ice can only be found on the northern end of the islands. This is where Polar bears are most likely to be found but it was difficult to locate them. Just as in remote parts of Alaska, high powered rifles are part of the equipment in addition to high powered lenses because an unplanned bear encounter can prove to be disastrous. Overall, I am quite pleased with the trip and will do a little travel photography in Norway before returning to California. Be sure to follow me on Facebook, Twitter and my Blog because I will be posting my latest photos as soon as I get back home.