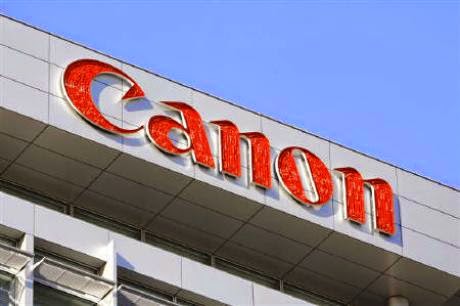 The following article is from Reuters on Canon Japan's latest quarterly sales and earnings. There is a profit improvement in Q1 of 2014, due mainly to higher office equipment revenue but camera sales fell 22% year-on-year in the quarter. The cameras in high end smartphones are cutting into sales of low end point-n-shoot and DSLR cameras. There is rumor Canon may even exit low price compact camera market.

I have been a wildlife photographer using Canon equipment for 25 years. Last year, I have made some observations and suggestions for my friends in Tokyo. You can see my works on MichaelDanielHo.com


TOKYO, April 24 (Reuters) - Canon Inc. inched up its 2014 operating profit target on Thursday due to strong sales of office copiers and printers in the first quarter, and said a reshuffle of its camera line-up had also helped boost margins.

Camera sales, however, fell by 22 percent year-on-year in the quarter, as the world's biggest camera maker struggled with the prevalence of high-quality smartphone cameras and a saturation in the high-end, single-lens-reflex camera market.

Chief Financial Officer Toshizo Tanaka told an earnings briefing that sales of pricier compact cameras had actually increased after Canon adjusted its camera production and line-up in the first quarter to meet customers' demand for more sophisticated products. But he said a recovery would take time.

"Determining whether we can achieve the growth we are hoping for will take some time," Tanaka said. "Things are getting better in China and Europe, but it will take a while to see whether that will continue."

Canon forecast sales for digital cameras with interchangeable lens to reach 7.6 million units this year, a slight drop from 2013 when the models were first introduced.

"After watching carefully how things go in each market through the second quarter we will re-evaluate our forecasts for the second half, our busiest period," Tanaka added.

Canon said in its quarterly earnings statement it expects an operating profit of 365 billion yen ($3.56 billion) for the year to Dec. 31, a slight increase from its previous forecast of 360 billion yen. The forecast profit would be 8.2 percent higher than the previous year.

With four-fifths of its sales overseas, Canon is a major beneficiary of the yen's weakening over the past year. It said the slide in the yen, triggered by Prime Minister Shinzo Abe's reflationary policies, had added 56.5 billion yen to its revenue in the first quarter.

Canon expected the weaker yen to add 91.8 billion yen to its full-year sales, Tanaka said. He expected annual operating profit to increase by 16.9 billion yen, if the yen remains, on average, at 100 versus the dollar and 135 against the euro.