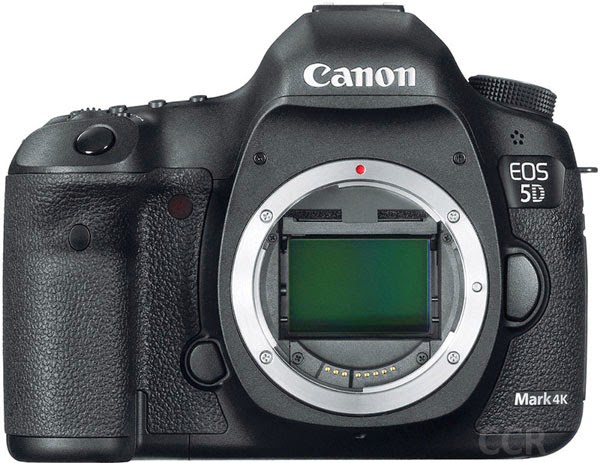 The EOS-7D has been out for almost 5 years and is one of Canon's most successful cameras. The Mk II should be announced in September. Read my latest post on this highly anticipated DSLR body, including yours truly.

My sources informed me the upcoming EOS-7D Mk II will be the first camera to feature a new, ground breaking sensor technology but even more advanced version will be introduced on the EOS-5D Mk IV and EOS-1D X Mk II cameras in early 2015.

With major emphasis placed on the Canon EOS Cinema line, there was a secret test recently in some New York City film studios. The camera in question was a prototype Canon EOS-1D X Mk II, with a new type of sensor, creating files that are larger than the present EOS-1D X and similar in size to the EOS-5D Mk III but with superior colors and details.

Rumor has it Canon may introduce 4K video on the EOS-5D Mk IV camera. Although on the surface, this sounds strange, since most people buying the current 5D model are not videographers and Canon has a separate, robust line of excellent EOS Cinema cameras. One would think this is where Canon will choose to introduce 4K video first, but instead, they have a pattern of introducing their latest technologies on their lower line of equipment, first. Cases in point are their latest DIGIC processors, STM lenses, touch screen LCD monitors, Dual Pixel CMOS AF technology, etc., all introduced on the lower end products first.

I doubt Canon has decided which product line they will introduce 4K video at this time. The EOS-5D Mk IV may be announced before or after the EOS-1D X Mk II. Right now, the timetable is very fluid for both cameras. Canon needs to pull out all the stops and complete the official EOS-7D Mk II launch first and then they can turn their full attention to the other two cameras. Recently, in an interview, Canon hinted on their upcoming release of a megapixel camera as well. Keep checking back for the latest information and development.