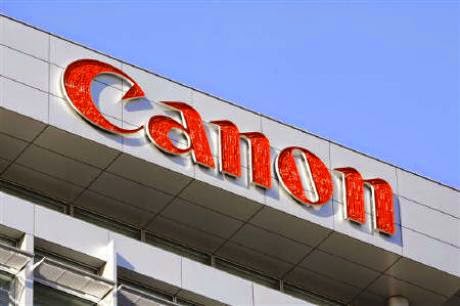 TOKYO, July 10, 2014 - Asana, Canon Inc., Dropbox, Google, Newegg and SAP today announced the formation of the License on Transfer (LOT) Network, a cooperative patent-licensing agreement that will cut down on patent troll litigation and the growing practice of patent privateering.

Patent litigation reached an all-time peak last year, with more than 6,000 lawsuits filed. Most of those suits came from non-practicing entities, also known as patent trolls—companies that don’t have a business outside of licensing and litigating patents.

More than 70 percent of the patents used by trolls come from still-operating companies. Indeed, in a growing trend called privateering, companies are selling patents to trolls that then use those patents to attack other companies. In some cases, those companies arrange to get a cut of revenue generated from the trolls’ suits.

The LOT agreement is a new kind of royalty-free cross-license meant to address these growing systemic problems. Member companies receive a license when the patents are transferred out of the LOT group. That means that companies retain their right to enforce a patent so long as they retain ownership of it. However, as soon as it is sold, a license to the other members becomes effective, protecting them from attacks by the troll to which the patent was sold.

The agreement includes several other provisions that preserve a patent portfolio’s value, including carve-outs for certain M&A transactions and change of control.

The initial members of the LOT Network range from early-stage startups to established technology companies. Together they own almost 300,000 patent assets, generate more than $117 billion in revenue and employ more than 310,000 people.

“The LOT Network is a sort of arms control for the patent world,” said Allen Lo, deputy general counsel for patents at Google. “By working together, we can cut down on patent litigation, allowing us to focus instead on building great products.”

“Startups need to overcome many risks before they can become mature, thriving companies. The LOT Network is a powerful and creative new idea that will help ensure that patent abuse need not be one of them,” said Dustin Moskovitz, cofounder of teamwork software provider Asana.

“We believe that patents should never be used to stifle innovation,” said Brett Alten, IP counsel at Dropbox, “The LOT network is a creative solution to fight patent abuse that becomes more effective with each company that joins. The more participants there are, the better off we’ll all be.”

“Newegg has a very strong history of successfully battling patent trolls, and the License on Transfer Network is another valuable tool that helps protect participants from frivolous patent litigation,” said Soren Mills, chief marketing officer of Newegg North America. “We’re very happy to join forces with Google and other leading technology companies to preserve the spirit of innovation that’s so vital to our collective well-being.”

“The structure of the LOT Network helps protect innovative patent owners from unwarranted litigation, without stifling valid, beneficial uses of patents, such as cross-licensing,” said Anthony DiBartolomeo, senior vice president and chief IP counsel at SAP. “As long as a company owns their patent they retain all their rights to it.”