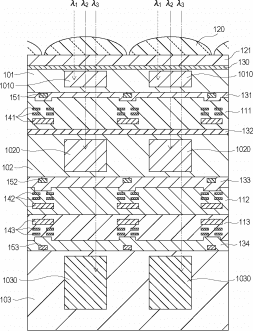 The Japanese photography blog Egami (translated) has discovered another sensor patent filed by Canon. This patent describes a 3 layer, Foveon-like sensor with an insulator film applied. The film helps reduce reflection and flares. In the last few months, similar patents have been unearthed.

This new sensor design may be featured in the upcoming Canon EOS-7D Mk II and future cameras.


Multilayer sensor drawback of G is light, the image quality is degraded and reflected by the surface of the layer between the G and B layer, re-enters the B layer