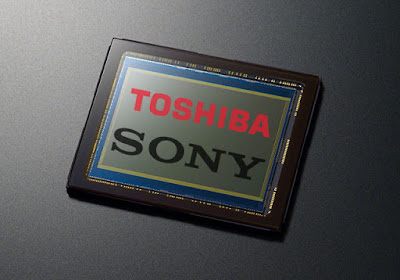 Sony has been on a roll lately with their sensor manufacturing business and they have a lead in full frame mirrorless cameras as well. Their Alpha 7 line of cameras received some good reviews. Leica recently announced their full frame SL mirrorless camera to join the competition. I reported in my earlier post Samsung had ceased their camera operations in both Germany and the United Kingdom. They are in the process of exiting other countries as well.

Rumor has it Nikon may be in the process of buying Samsung's mirrorless business, including sensor manufacturing. Samsung has 'officially' denied this but do you really expect them to admit it before any deal is signed and sealed? If true, Nikon is certain to bring out their own full frame mirrorless camera. Nikon is the smallest of the big three camera manufacturers. They have been very dependent on Sony for their sensors. Purchasing the Samsung operations and partnering with them will help tremendously in their mirrorless ambitions.

Sony is expanding their image sensor operations and is purchasing Toshiba's sensor manufacturing business. They have signed Definitive Agreements for the transfer of Semiconductor Fabrication Facilities. Below is their press release announcement.

Tokyo, Japan, December 4th, 2015 -- Based on the memorandum of understanding entered into between Sony Corporation ("Sony") and Toshiba Corporation ("Toshiba") on October 28, 2015, the parties today announced that they have signed definitive agreements to transfer to Sony and to Sony Semiconductor Corporation ("SCK"), a wholly-owned subsidiary of Sony, certain Toshiba-owned semiconductor fabrication facilities, equipment and related assets in its Oita Operations facility, as well as other related equipment and assets owned by Toshiba (the "Transfer").

Under the agreements, Toshiba will transfer semiconductor fabrication facilities, equipment and related assets of Toshiba's 300mm wafer production line, mainly located at its Oita Operations facility. The purchase price of the Transfer is 19 billion yen. Sony and Toshiba aim to complete the Transfer within the fiscal year ending March 31, 2016, subject to any required regulatory approvals.

The parties expect to offer the employees of Toshiba and its affiliates employed at the fabrication facilities to be transferred, as well as certain employees involved in areas such as CMOS image sensor engineering and design (approximately 1,100 employees in total), employment within the Sony Group, upon the completion of the Transfer.

Ever wondered how a camera sensor works? Take a look at the video below. It gets a bit pedantic but for those who have a curious mind, check it out.