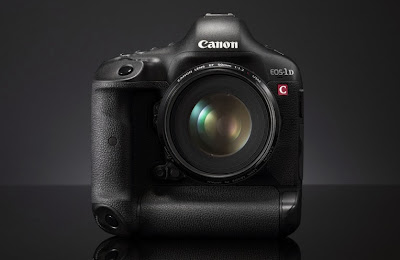 Results indicated that the EOS-1D C provides “exceptional” HD resolution from a 4K source with “very low” aliasing, and “good” color performance and motion portrayal. The test results also confirmed that the EOS-1D C camera system and its imaging performance comply with the recommended specification for inclusion in HD Tier 1 for HD production.3

A new free-of-charge firmware update for the EOS-1D C to be made available on November 12 will enable the camera to correct for insufficient peripheral illumination when outfitted with supporting EF Cinema Lenses4 and make possible audio line input.

Additionally, an enhanced version of the EOS-1D C’s dedicated EOS MOVIE Utility software for Macintosh5 and Windows,6 scheduled to be made available free of charge in late December, adds a Mac-version video playback function and the ability to capture consecutive still images from a video file.

Canon will continue striving to enhance the functionality of its Cinema EOS System, contributing to further expanding the realm of visual expression and the development of cinematic culture.