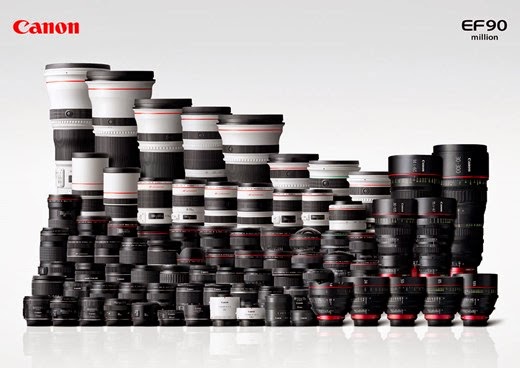 In my last few posts on Canon's current 'lethargy' and 'funk', I commented on their lack of direction and decisiveness in their new product strategy. Now it seems they have decided to stick to their core competency and concentrate on new DSLR bodies and EF lenses, unlike other camera manufacturers, who like to dabble in new technologies like mirrorless full frame sensor and retro looking bodies.

Canon has apparently called it a day for 2013 on new product announcement. The EOS-7D Mk II, EOS-M2 are two cameras that will come out in the first half of 2014. In addition, there will be about 6 new EF lenses making their debut next year. There may be a wide angle zoom coming, perhaps around 17-50mm f/4L with IS and the 35mm f/1.4L II may also be on the list.

The EF 50mm f/1.4 IS II and the EF 100-400mm f/4-5.6L IS II are two lenses I am most interested in. There is little revelation right now except the general expectation but keep checking back for more information. 2013 is a year of disappointment for Canon and I think they are happy it is coming to an end soon.