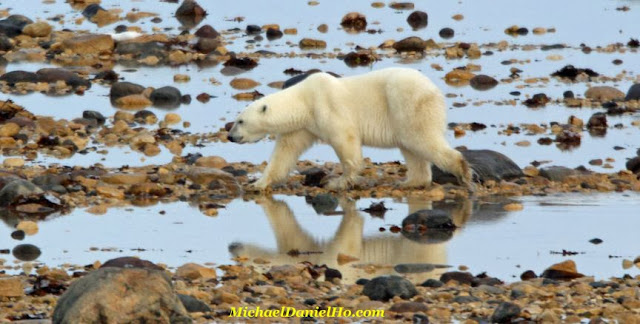 The weather is unseasonably 'warm' here, just below freezing and the sun actually came out. Came across a Polar bear kill of a seal, which is rather unusual this time of the year on land. Yesterday, there was a bear/human encounter. Two people were hurt but two Polar bears were killed (at least one breeding female) and one cub orphaned.

The little guy will be sent to a zoo, eventually. The bears were killed even though they posed no imminent danger to the two people because they were tracked down later and destroyed. The bear population in southern Hudson Bay is already declining, These type of encounters when bears are killed before any investigation or review are conducted, seems to me a bit heavy-handed.