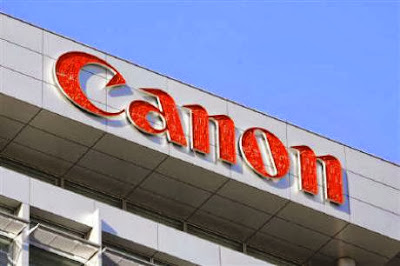 I have been a wildlife photographer and Canon user for 25 years and recently made some observations on the firm. The company that started in an apartment in the Tokyo district of Roppongi in 1933, cuts its annual sales target for single single-lens-reflex models to 8 million from 9 million. Canon kept its target for compact cameras at 14 million units.

The world’s largest camera maker is singing the blues. It predicted the first drop in sales of DSLR models as consumers switch to smartphones to take photos. Smartphones are eating into digital camera sales as companies such as Apple Inc. and Sony Corp. release new handsets with stronger built-in lenses and sensors to lure shoppers. The value of worldwide camera shipments dropped 19 percent in August from a year earlier, a ninth consecutive monthly decline, according to the Camera Imaging Products Association in Tokyo.

Annual net income will probably drop to 240 billion Yen for the year ending December, the Tokyo-based company said in a statement recently, another drop from its earlier forecast of 260 billion Yen. The company also reduced its estimate for operating profit to 360 billion yen for the year, from 380 billion yen, predicted a few months ago. Annual sales will be 3.75 trillion, down from an earlier projection of 3.85 trillion. The impact of lower camera sales is being cushioned partly by cost reductions at Canon and a weaker Japanese Yen. The lower currency boosts the repatriated value of Japanese exporters’ overseas earnings.

On the brighter side of things, Canon is still a very profitable company. It ranks 35th on a global list of 100 best companies. Nikon is not even on the list. Nikon’s stock is down dramatically, almost 24% year-to-date and is the worst underperformer in the Nikkei stock index this year, while the benchmark has rallied nearly 49%. The stock market capitalization of Canon Inc. is over 6 times that of Nikon Inc.

Canon has definitely come to a fork in the corporate road. They must decide whether to follow the crowd and aim for the 'lowest common denominator' and continue to discount their products and offer fluffy technology like mirrorless, full frame cameras and retro styling. The alternative is adhere to superior technology and design, accompanied by small price adjustments and maintain its profitability. I am a keen follower and observer of this company. Keep checking back for the latest news and information.